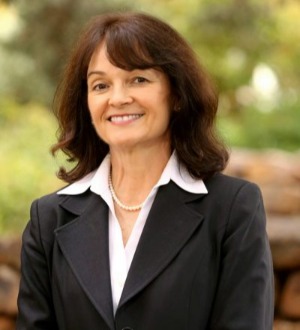 Patricia Ives is a Partner at Cuddy & McCarthy and has practiced law with the Firm since 1987. Her primary practice areas are administrative and regulatory law, education law, employment law, Indian Law, litigation, public school bonds and finance, and telecommunications. She advises public and private employers on local, state and federal employment laws, employee complaints and grievances, employee handbooks and manuals, employment contracts, and other personnel matters. Patricia also advises telecommunications companies and other utilities on state and federal law, and advises public schools regarding board, bond and tax elections, as well as general obligation bonds and education technology lease-purchase issues.

Patricia is a graduate of the University of Southern California, where she was a member of the Hale Moot Court Honors Program. Patricia received her B.A. from Whittier College, California.

Born and raised in Northern New Mexico, Patricia is fluent in Spanish. She represents local non-profit organizations and currently serves as a member of the Governing Council of the Native American Budget and Policy Institute.

Patricia has been recognized by her peers for The Best Lawyers in America© in the practice area of Administrative/Regulatory Law since 2017 and is a Martindale-Hubbell “AV” Preeminent attorney, its highest qualification level.