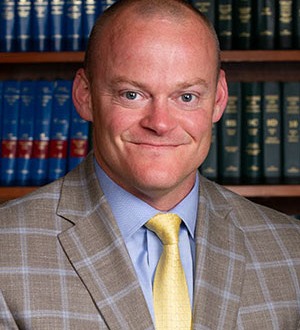 Matt joined the firm in August 2006 upon his return to East Tennessee, where he was born and raised.  He devotes 100% of his practice to litigation, representing individuals and businesses in a wide range of civil disputes, primarily including personal injury, premises liability, and breach of contract matters.  He also manages an expansive domestic relations practice, including contested and uncontested divorce, child custody, post-divorce modifications, child support, paternity actions, and contested and uncontested adoption petitions.  Matt’s other primary area of practice is criminal defense representation, both at the local state level and in the United States District Courts for the Eastern District of Tennessee and the Western District of Virginia.  Matt graduated from the University of Tennessee, Knoxville, in 2002, earning a Bachelor of Arts Degree in Communications, later graduating law school in 2006 with an emphasis on trial practice.  Always with an eye on giving back to the community, he has served on many area boards, including the Dawn of Hope and Hands On Children’s Museum, and he is a co-founder of the Lawyers Helping People Program, which has been recognized state wide for its contributions in assisting indigent citizens in the community obtain legal help in a variety of areas, free of cost.  In 2016, Matt was recognized by the National Academy of Criminal Defense Attorneys as a “Top 10 Under 40” attorney and was also named as a Mid-South Rising Star in the Super Lawyers publication the same year.  He is a member in good standing of the American Bar Association, the Tennessee Bar Association, the Washington County Bar Association, the National Association of Criminal Defense Attorneys, and the Tennessee Association of Criminal Defense Attorneys, having graduated its yearly renown criminal defense trial college in March of 2016.