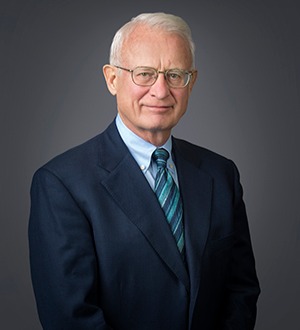 Recognized by Best Lawyers® since 1995.
One Towne Square, Suite 1700 Southfield, Michigan 48076
(248) 327-3814
|
Firm: Sommers Schwartz PC
|  Website
Message
Edit Profile
Edit Your Profile
To edit your Lawyer Directory information, please login to your
Best Lawyers® Admin Account.
If you have any questions or need assistance, please contact us at info@bestlawyers.com or 803.648.0300.
Overview
Firm

Norm Tucker has more than 30 years of experience in plaintiff's medical malpractice, birth-related injuries, obstetrical and neonatal care, and anesthesia mishaps. He co-authored the two definitive reference books on the subject, Handling Birth Trauma Cases, Volume I and II, and has been invited to speak at more than 100 seminars, workshops, panel discussions, law school classes, and medical conferences; in fact, he was one of the few attorneys in the nation invited to speak at the Boston University School of Medicine's Annual Conference on Obstetrics, Gynecology, Perinatal Medicine and the Law, not once, but twice - in 2004, and again in 2013.

Every year since 1995, Norm has been named one of the Best Lawyers in America, and in 2014 and 2011 Best Lawyers voted him the Best Medical Malpractice attorney in Southeastern Michigan. His experience and meticulous attention to detail have resulted in yearly multi-million dollar recoveries for clients.