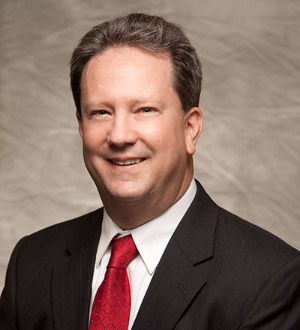 Mike has been an attorney with Ryley Carlock & Applewhite since graduating from law school in 1983 and was elected a shareholder in 1989. He has served as Chairman of the firm's Executive Committee and as head of its Labor and Employment practice group.

He exclusively represents management in civil rights and employment-related litigation at both the trial and appellate levels, in the arbitration of collective bargaining agreement disputes, and in administrative proceedings involving the defense of statutory discrimination and retaliation claims, unfair labor practice charges, and wage and hour claims. He also assists employers in handbook and policy drafting, and with strike contingency and other planning.

Significant cases in which Mike has been involved (1) Halloum v. Intel Corp., 24 . Empl. . Cas. (BNA) 50 (2006), , 307 F. App'x 106 (9th Cir. 2009), in which he successfully defended the employer at trial and on appeal in one of the first cases ever tried under the anti-retaliation provisions of the Sarbanes-Oxley Act; (2) Valdiviezo v. Phelps Dodge Hidalgo Smelter, 995 F. Supp. 1060 (D. Ariz. 1997), the first reported decision in which an Arizona court compelled an employee to arbitrate a statutory employment discrimination claim; (3) Moses v. Phelps Dodge Corp., 826 F. Supp. 1234 (D. Ariz. 1993), in which a federal court held that the statutory presumption against an award of attorneys' fees to prevailing employers in civil rights actions does not apply in cases involving the alleged breach of an employment contract; (4) Burris v. City of Phoenix, 179 Ariz. 35, 875 P.2d 1340 (App. 1993), in which the Arizona Court of Appeals refused to recognize a common law tort claim for wrongful failure to hire in violation of public policy; (5) Buffington v. Phelps Dodge Mining Co., 800 F. Supp. 951 (D.N.M. 1992), a case of impression in which a federal court held that prejudgment interest cannot be recovered in cases arising under the Age Discrimination in Employment Act; and (6) Espinoza v. Fry's Food Stores, Inc., 806 F. Supp. 855 (D. Ariz. 1990), the first reported decision holding that compensatory damages are not recoverable in an employment discrimination action arising under the Arizona Civil Rights Act.

In addition to the foregoing, Mike filed an amicus brief in the landmark Arizona Supreme Court case Demasse v. ITT Corp., 194 Ariz. 500, 984 P.2d 1138 (1999), where he argued that employers should be entitled to condition employment offers on their employees' agreement to arbitrate any subsequent breach of contract claims against the employer. Although the decision in Demasse is otherwise generally considered to have been detrimental to employers, the Court specifically distinguished its ruling from a federal court decision in another case in which Mike represented the employer, Moses v. Phelps Dodge Corp., 818 F. Supp. 1287 (D. Ariz. 1993), which held that an employee was precluded from filing suit against her employer as the result of her failure to comply with the terms of a grievance and arbitration procedure contained in an employee handbook.

Mike also coauthored an amicus brief submitted in support of the employer’s position in the Colorado Supreme Court’s landmark medical marijuana case, Coats v. Dish Network, 350 P.3d 849 (Colo. 2015), which upheld the employer’s right to terminate an employee who tested positive for marijuana even though the employee had ingested the drug for medicinal purposes during nonworking hours in accordance with Colorado law.

Mike received both his bachelor's degree and  degree with high distinction from the University of Iowa. During law school, he was elected to the Order of the Coif and received American Jurisprudence Awards for the top performance in his class in Torts, Evidence, Civil Procedure and Advanced Criminal Procedure. As an undergraduate majoring in accounting, he was elected to both the Beta Alpha Psi and Beta Gamma Sigma honor societies.

He and his wife Jeanine, who is also an attorney, have three children and one grandchild. They are all enthusiastic Arizona Diamondbacks fans and Mike was once a stellar Little League coach.