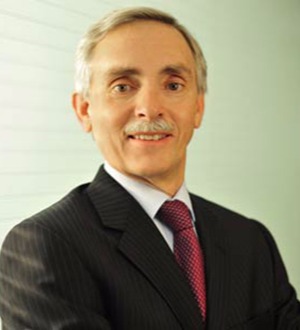 Mark is a partner with Vandeventer Black and is Manager of the firm’s Maritime Law Department. His practice is focused in the area of maritime and transportation matters, including litigation and arbitration. His federal court trial experience includes major casualties such as collisions, pollution, cargo damage, and serious personal injuries; as well as transactional disputes including charter parties, ship repair contracts, tariffs and towing agreements. He also litigates maritime matters in state court including personal injury defense and business transactional matters. Administrative law related to the marine industry such as Coast Guard, Customs, and NOAA/NMFS are also areas in which Mark specializes.

In addition to local clients, Mark represents domestic marine insurers as well as the P & I Clubs in the International Group together with their domestic and foreign vessel operators.

Representative matters include recently obtaining a jury verdict in a case involving a dispute between the owner of a large custom yacht and the shipyard that performed design modifications.  Mark has represented a client in an oil pollution matter in which his team succeeded in obtaining limitation of liability under the Oil Pollution Act of 1990 and sustained the ruling through appeal. Mark and his team have both conducted and defended vessel arrests and attachments in multiple East Coast ports and successfully prosecuted same through the federal appeals courts. Other recent matters include representation in Coast Guard proceedings of operators of ships that have collided with yachts. And, on an ongoing basis, Mark is representing vessel operators and terminals in defending personal injury claims in litigation in state and federal courts.