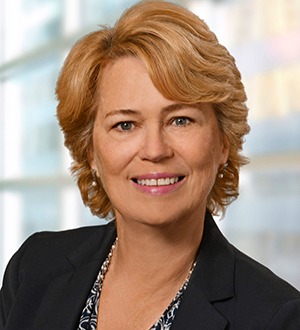 Experience Public Sector: Leslie began her legal career as a deputy district attorney at the Denver District Attorney’s Office. She handled hundreds of criminal cases and conducted dozens of jury trials, including 10 first degree murder trials.  In 2005, Leslie became the Assistant District Attorney at the District Attorney’s Office for the 18th Judicial District.  Leslie selected and presented cases to the district and county grand juries.  She served as the District Attorney’s representative on the Community Corrections Board, and with the Mental Health Court and Drug Court. Leslie has testified before the state legislature on matters relating to sentencing laws and juvenile law and has spoken to community groups about all aspects of criminal law.

Private Practice: In 1992, Leslie left the Denver prosecutor’s office and was a partner in the law firm, Chambers, Dansky & Hansen, P.C.  Leslie and her partners developed a litigation firm that specialized in family law, criminal defense, and employment law.  She worked with families as a guardian ad litem for children whose parents were divorcing and was regularly appointed to this position by Denver judges with whom she had worked as a prosecutor.  She represented domestic violence victims and grandparents seeking custody of their grandchildren.  In 2000, Leslie started her own firm, Leslie Hansen, PC. and continued to focus exclusively on family law. Leslie continued her advocacy on behalf of children and families and handled all types of domestic relations cases.  In late 2012, Leslie left public service and returned to private practice, again specializing in family law and types of domestic cases.    Leslie’s background as a prosecutor with extensive litigation experience gives her a unique perspective on family law cases.  She knows that it is usually best for couples involved in a dissolution of marriage or a dissolution of a civil union to settle their case by reaching an agreement they can both live with, without resorting to litigation.  Whenever possible, couples should decide how to divide their assets and debts and decide what is best for their children as co-parents.  When there are children involved, their best interests must be the number one priority for the parents and for the family law attorney.  Leslie brings the right combination of strength and compassion to the practice of family law.