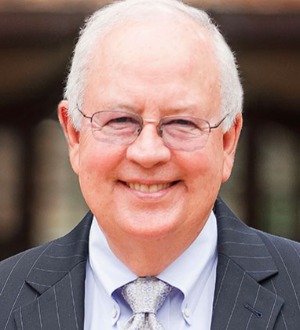 Recognized as the 2020 Lawyer of the Year in Houston by Best Lawyers for his Appellate Practice, Kenneth W. Starr has argued 36 cases before the United States Supreme Court. He is engaged in a wide range of appeals on behalf of The Lanier Law Firm at the state and federal level and provides his expertise on other legal issues and causes on behalf of the firm and its clients.

Judge Starr served as United States Circuit Judge for the District of Columbia Circuit, as Counselor and Chief of Staff to U.S. Attorney General William French Smith, and law clerk to both Chief Justice Warren E. Burger and to Fifth Circuit Judge David W. Dyer.  He was appointed to serve as Independent Counsel for five investigations, including Whitewater, from 1994 to 1999.

He served as President and Chancellor of Baylor University and Dean of the Pepperdine School of Law. For 25 years he taught constitutional issues as an adjunct or visiting professor at five law schools, and has served as a partner at two national law firms. He continues to serve on the Boards of Advocates International, the Supreme Court Historical Society, and the Christian Legal Society. Throughout his professional career, he has championed the cause of religious liberty and freedom of conscience for all persons.

Judge Starr is the author of more than 25 publications and has received numerous honors and awards, including the J. Reuben Clark Law Society Distinguished Service Award, the Jefferson Cup award from the FBI, the Edmund Randolph Award for Outstanding Service in the Department of Justice and the Attorney General’s Award for Distinguished Service.  He has received honorary doctoral degrees from Hampton Sydney College, Shenandoah University, and Pepperdine University.

He earned his undergraduate degree from George Washington University, a master’s degree from Brown University, and his law degree from Duke University Law School. He is admitted to practice in Texas, California, the District of Columbia, Virginia and the United States Supreme Court.