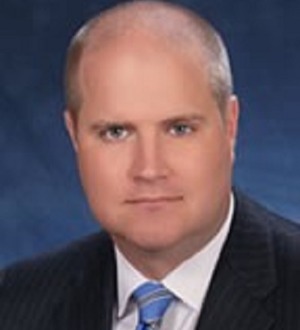 Born and raised in Beaumont, Ryan has deep roots in East Texas. His practice focuses mainly on state and federal criminal trial and appellate work throughout Texas. In fact, he is Board Certified in Criminal Law by the Texas Board of Legal Specialization and admitted to practice before the U.S. Supreme Court.

Ryan is AV rated as a preeminent lawyer by his peers according to Martindale, meaning his peers rank Ryan at the highest level of professional and ethical excellence. He is also a member of the ‘Top 100 Trial Lawyers’ in Texas as recognized by the National Trial Lawyers organization, a member-driven organization composed of the premier trial lawyers from across the country who meet stringent qualifications as criminal defense trial lawyers. Additionally, Super Lawyers has dubbed Ryan a "Rising Star" in 2017 and a "Super Lawyer" in 2020.

Ryan is a tireless advocate for citizens accused of crimes. He has tried nearly ninety criminal cases before juries all over East Texas and met with great success. He has obtained more than forty-five acquittals, three directed verdicts, and several hung jury dismissals in criminal cases during the past ten years. He prevented a client, wrongfully accused of shaking her baby to death, from facing capital murder charges and obtained the dismissal of sexual abuse charges against a seventeen year old wrongly accused.Ryan is certified by the 2nd Administrative Judicial Region to first-chair capital murder cases. Since 2015, Ryan has obtained dismissals from the government in several different capital murder cases. He also obtained "not guilty" verdicts from juries in three other capital murder trials and multiple murder and manslaughter cases.

On May 2, 2014, Ryan received the Jefferson County Bar Association’s "Outstanding Young Lawyer" Award. The award, which is given to only one attorney each year, recognizes a young lawyer who has demonstrated professional proficiency, service to the profession, and service to the community. U.S. Magistrate Judge Zack Hawthorn presented the award to Ryan at the Bar Association’s annual Law Day event.

Ryan has argued cases in both state and federal courts and is licensed in Texas. He is admitted to practice before the Eastern, Western, and Southern Federal District Courts. Additionally, he has argued cases before the First, Ninth, Twelfth, Thirteenth, and Fourteenth Courts of Appeal in Texas as well as the Fifth Circuit Federal Court in New Orleans.