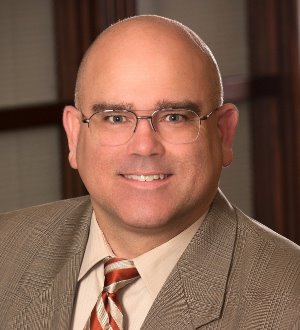 Fred K. Herrmann maintains a diverse litigation practice. He has substantial experience in class action defense, multidistrict litigation, antitrust, patent and other intellectual property litigation, attorney and other professional liability defense, and contract disputes, as well as supply chain and other disputes implicating the Uniform Commercial Code.  Fred has tried cases in state and federal courts, and has filed briefs and argued cases in state and federal appellate courts.

In the federal arena, Fred is the Program Chair of the Federal Bar Association, Eastern District of Michigan Chapter, and a Fellow of the American Bar Foundation.

Fred is listed in Best Lawyers in America© by Woodward/White, Inc. for Antitrust Law.  He was named a Michigan “Super Lawyer” in Commercial Litigation, and a “Top Lawyer” in dbusiness Magazine.

Prior to practicing law, and following graduation from the United States Naval Academy, Fred served as a logistics officer in the United States Marine Corps for five years, including being deployed overseas with Second Battalion, Ninth Marines, an infantry battalion, and then served on the logistics staff of the First Marine Division, Camp Pendleton, California. He subsequently served as a reservist with Detroit’s own First Battalion, Twenty-fourth Marines, as a logistics officer and H&S Company Commander.

Secured a no cause jury verdict on behalf of a major law firm in an action alleging malpractice, breach of fiduciary duty, and aiding and abeting fraud, and successfully affirmed the verdict on appeal