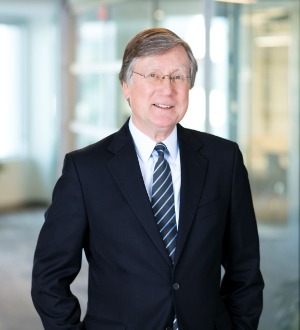 David Oxenford has represented broadcasters for over 35 years on a wide array of matters from the negotiation and structuring of station purchase and sale agreements to regulatory matters. His regulatory expertise includes all areas of broadcast law including the FCC’s multiple ownership limitations, the political broadcasting rules, EEO policy, advertising issues, and other programming matters and FCC technical rules.

His clients range from family-owned broadcasters to active mid-market venture-backed companies to one of the largest noncommercial radio licensees in the country. In addition to representing station groups, David represents a number of state broadcast associations, the trade association for media brokers, program and service providers to the broadcast and digital media industry and banks and others providing financing to media companies.

David also represents webcasters and other digital media companies. He represents these companies on copyright, music licensing and other business and regulatory issues. He was counsel to the small webcasters group which negotiated the first Small Webcasters Agreement with the recording industry in 2002, represented webcasters who negotiated the Pureplay Webcasters Agreement in 2008, and represented webcasters in litigating sound recording performance royalties in both of the webcasting rate setting proceedings held by the Copyright Royalty Board which led to decisions in 2010 and 2015.

David is a regular speaker at broadcasting and digital media conferences, conventions and trade shows across the country, and regularly conducts webinars for many trade associations. He has also served as an expert witness on broadcasting and music licensing issues. For over 10 years, he has been the editor and principal writer of the Broadcast Law Blog, which is read by thousands of people each week.

He has been active internationally in counseling developing countries on the development of media laws embodying democratic principles.