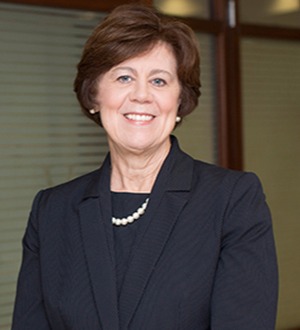 Anita Poston is a partner in the Norfolk, Virginia office of Vandeventer Black LLP.  Her practice is concentrated in Business law with a focus on transportation, healthcare, surety defense and estate planning and administration.  She is General Counsel for the Norfolk Airport Authority and the Chesapeake Airport Authority.  Other clients include insurance and bonding companies, a multi-specialty physician practice, as well as numerous businesses and business owners.  Ms. Poston chairs the law firm's Government Relations Committee, serves as a trustee of the firm's retirement plan, and has previously served on the managing committee.

In addition to these bar activities, Ms. Poston is involved with many civic and business-related organizations. She is currently the chair of the board of TowneBank-Norfolk. She also serves on the boards of the Norfolk Hospital Authority, the Virginia Capitol Foundation, the Norfolk Botanical Garden, Inc., the Lake Taylor Transitional Care Hospital Foundation, the E3 School, Greater Norfolk Corporation, and the Real Estate Foundation and Law School Foundation of the College of William & Mary Real Estate Foundation.

Ms. Poston has been recognized by a number of organizations for her legal abilities, community service, and leadership. She was awarded the Eggleston-l'Anson Professionalism Award, its highest honor, by the Norfolk and Portsmouth Bar Association in 2014. She was the 1992 recipient of the Professional Woman of Hampton Roads Award and the 2001 recipient of the Citizen Lawyer Award from the William and Mary School of Law. She was recognized in 2008 with the Humanitarian Award by the Virginia Center for Inclusive Communities and by the William and Mary Law School with the Order of the Coif. In 2009, she received the Influential Women of Virginia Award, the Outstanding Woman of Hampton Roads Award by the YWCA, and the Community Builder Award from the Hampton Roads Community Foundation (formerly the Norfolk Foundation). She has been recognized by selection to the Virginia Law Fellows and the ABA Law Foundation Fellows. Ms. Poston has also been recognized among The Best Lawyers in America and Virginia Legal Elite.

Ms. Poston received her undergraduate degree from the University of Maryland and her law degree from the College of William and Mary where she was a member of the William & Mary Law Review. She is the mother of three children and is married to the Honorable Charles E. Poston, Retired Judge of the Norfolk Circuit Court.

Mrs. Poston legal experience is extensive. She has successfully guided her clients through both litigation and sophisticated transactions.