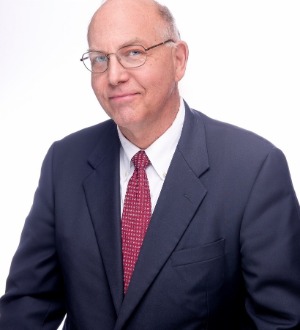 Andrew Reinhardt graduated from St. Lawrence University and Syracuse University College of Law in New York. As a member of the D.C., Maryland, and Virginia Bars, he has represented thousands of injured persons since he began practicing law in 1980 including those with workers’ compensation, personal injury and social security disability cases.

Andy is a longtime board member of the Workers’ Injury Law & Advocacy Group (WILG), a national organization of attorneys who represent injured workers. He has served as a president of that organization. He is also an active member of the Virginia Trial Lawyers Association (VTLA), the National Organization of Social Security Claimant’s Representatives (NOSSCR), the Richmond Bar Association, and the American Association of Justice (AAJ). He is regularly called on to write articles and speak on topics relating to his areas of specialty both statewide and on a national basis. Andy continuously serves as an advocate for injured workers by educating state and national legislators on workers’ compensation issues.

Andy’s other noteworthy accomplishments include the following:

Recipient of the first Specialty Bar Leader of the Year award presented by the Virginia State Bar Conference of Local and Specialty Bars Associations in 2017.

Founding member and past chair of VTLA Workers’ Compensation Section.

Board member of VTLA for the past 20+ years.Past president of WILG in 2010 and current board member.

Recognized as a “Leader in the Law” by Virginia Lawyers Weekly in 2011.

Member of the AAJ for more than 25 years and past chair of its workers’ compensation section.