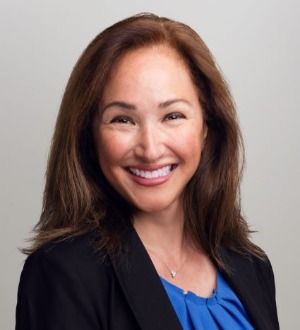 Recognized by Best Lawyers® since 2018.
40 Northwest Third Street, Penthouse One Miami, Florida 33128
(305) 379-6667
|
mmoss@markuslaw.com
Firm: Markus/Moss, PLLC
|  Website
Edit Profile
Edit Your Profile
To edit your Lawyer Directory information, please login to your
Best Lawyers® Admin Account.
If you have any questions or need assistance, please contact us at info@bestlawyers.com or 803.648.0300.
Overview
Firm

Before joining Markus & Markus as a partner, Margot was a shareholder at Fowler White Burnett, P.A., where she handled federal and state criminal and civil litigation, including mortgage fraud, tax evasion, securities litigation, money laundering, and healthcare fraud. Prior to that, Margot served as an Assistant Public Defender for 10 years, where she tried over 100 cases and served as Training Coordinator teaching trial skills for junior attorneys. She has taught at the Gerald T. Bennett Prosecutor/Public Defender Trial Training Program, lectured attorneys regarding criminal and civil trial practice, and also volunteered with the Ensuring Equal Justice Initiative and Lawyers for Children America. Margot is the author of a recent article on Pill Mills in the South Florida Legal Guide and another article on Restitution in The Champion. She also wrote You Never Said That Before: A Brief Review of Negative Impeachment, The Florida Defender, Summer 2009; and Removing the Veil of Secrecy in Grand Jury Proceedings, The Florida Defender, Spring 2010; and The Drug Trafficing Statute Can’t Handle The Pain, The Florida Defender, Summer 2012.  She also has spoken at various seminars and training sessions, including the Advanced Federal Criminal Law Seminar where she spoke on recent 11th Circuit cases.