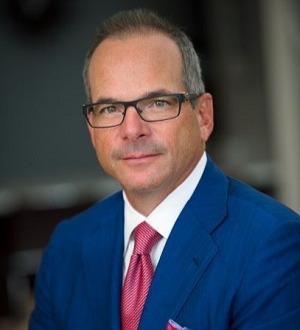 William T. Reid, IV (“Bill”) is a founding member of Reid Collins & Tsai LLP (“RCT”). A true trial lawyer, Bill has tried a wide range of civil and criminal cases to verdict before judges and juries for over 25 years.

For example, in 2014-15, Bill tried tandem jury and bench trials over two, three-week trials against Credit Suisse winning both and proving that Credit Suisse fraudulently syndicated a $540 million real estate development loan. In September 2015, the trial court awarded a $287.5 million judgment.  Bill argued the appeal before the Dallas Court of Appeals and in February 2018, the Dallas Court of Appeals affirmed the judgment.

For three years as an Assistant United States Attorney during the 1990′s, Bill focused on complex drug and corruption prosecutions, trying 25 cases to verdict (and getting 24 convictions) and prosecuting hundreds of cases annually. Since returning to private practice in 2000, Bill has put his experience to good use in the courtroom, rarely going a year without taking at least one commercial case to trial. Bill has never lost a jury trial since returning to private practice in 2000. Since 2009, Bill has obtained several top-100 trial judgments/verdicts for his plaintiff clients. He is currently managing a docket of plaintiff’s litigation far in excess of $1 billion.

Just recently in December 2017, Bill won an acquittal in a public corruption case against Olga Hernandez, a San Antonio School Board member accused of bribery. Bill handled the Hernandez case pro bono because he felt that the case was unjust. After winning the Hernandez case, Bill accomplished what few trial lawyers accomplish in their careers – jury trial wins as both civil plaintiff and defendant as well as criminal prosecutor and pro bono defense lawyer.

A seasoned commercial litigator, Bill has extensive experience litigating, and trying, a broad range of complex commercial and financial cases. Many of Bill’s cases at RCT fall within the categories of insolvency litigation, professional malpractice, business torts, fraud, and complex financial transactions. He has handled many cases arising out of Ponzi schemes and cross-border frauds, as well as fiduciary litigation, professional liability cases, and bad-faith insurance actions.

For example, in September 2017, Bill filed a $74 million fraudulent transfer case in the Republic of the Marshall Islands, where he was admitted pro hac vice.  Bill continuously handles a docket of litigation matters on behalf of offshore liquidators and other foreign clients.

Bill has been named both a Top 100 Trial Lawyer in America and a Litigation Star by Benchmark Litigation in 2019. Bill has been recognized in the Lawdragon 500 best lawyers in the U.S. and Bill has been listed in the National Law Journal’s Top-100 verdicts twice since 2009.