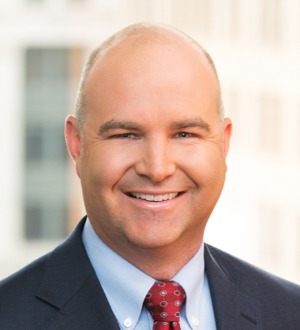 Years In Practice
Phone Number (312) 346-3191
William T. Gibbs is a partner at the Chicago personal injury and medical malpractice law firm of Corboy & Demetrio and concentrates his practice on cases arising from railroad negligence, automobile collisions, participation in sports, unsafe pharmaceuticals or medical devices, construction negligence, medical negligence, premises liability, product liability and aviation litigation. For more than a decade at Corboy & Demetrio, Bill has obtained numerous record-setting and multi-million dollar verdicts and settlements on behalf of his clients.  His list of representative clients demonstrates the diversity of his practice. Bill was part of a team that secured a $29.6 million verdict on behalf of a woman who was brain damaged in the derailment of a speeding train in Chicago. The verdict is the largest in Illinois for an individual injured in a mass transit crash. n a Federal District Court case, Bill obtained a $6.6 million verdict for a family injured in an automobile collision. It was the largest verdict ever in that Court. In another case, Bill and Thomas Demetrio secured a $6.75 million settlement for the family of Justyna Palka, who was a pedestrian killed by a tour bus in Chicago. Some of his high profile cases involve the representation of amateur and professional athletes.  Bill was appointed to the Plaintiff's Executive Committee by U.S. District Court Judge Susan Richard Nelson in Minnesota in litigation involving the National Hockey League and brain injuries. In addition to this leadership role in the multi district litigation, Bill represents the Estates of Steve Montador and Todd Ewen, deceased NHL players who died with CTE.  Additionally, Bill currently represents numerous retired NFL players, including the family of former Chicago Bear Dave Duerson, in claims against the NFL stemming from concussions. Also, Bill and Thomas Demetrio represented Hall-of-Fame White Sox player Frank Thomas in a medical malpractice action and the matter was "resolved amicably."  Bill has appeared on national and international television networks discussing sports and C.T.E., including CNN, FOX Business News, Al Jazeera and Canadian National TV.  He has been quoted numerous times by national and international media, including the New York Times, ESPN and Sports Illustrated. He is currently a regular contributor to the Sporting Judgment section of the Chicago Daily Law Bulletin where he writes the column, Sports Torts. Bill was selected for The Best Lawyers in America, 2022 Edition, in the areas of Mass Tort/Class Action - Plaintiffs and Personal Injury - Plaintiffs. In 2020, Bill was appointed by the Illinois Supreme Court to serve on its Committee for Jury Instructions in Civil Cases. Bill received a 2017 Trial Excellence Award from the Law Bulletin Publishing’s Jury Verdict Reporter for having the Highest Reported Verdict or Settlement in Jackson County. In 2021, Bill was named to the highly-selective Illinois Super Lawyers in the area of personal injury, a designation he's earned for six consecutive years. From 2009-2014, he was designated an Illinois Super Lawyer, Rising Star. Since 2020, Bill has been selected to the elite national legal guide, Lawdragon 500 Leading Plaintiff Consumer Lawyers. Bill has been selected to the prestigious Illinois Leading Lawyers since 2015.In October, 2009, Bill was named by the Law Bulletin Publishing Company, which publishes the Chicago Daily Law Bulletin and Chicago Lawyer magazine, to its list of "40 Illinois Attorneys Under Forty to Watch." In 2013, The National Trial Lawyers named Bill one of the Top 40 Under 40 Lawyers in the country, and in 2020, he was named to The National Trial Lawyers: Top 100 Trial Lawyers for the sixth consecutive year. In 2017, The National Trial Lawyers named Bill to NTL's Brain Injury Trial Lawyers Association Top 25.Since 2018, he's been named to the highly-selective, national Irish Legal 100.In 2008, Bill authored an article, "A Quick Guide to the Illinois Dead Man’s Act," which was published in the Illinois Bar Journal, a publication of the Illinois State Bar Association. Bill is a frequent panelist and lecturer to local and state bar associations, CLE seminars and law schools throughout the country. Active in many community organizations, Bill is a member of the Chicago Police Memorial Foundation Advisory Board. In 2018, Bill was appointed to the Advisory Board of The Mike Adamle Project: Rise Above, an initiative created to provide tools, resources and support to patients living with symptoms of CTE. Bill was formerly a high school teacher and varsity football, basketball, and baseball coach. While at the University of Notre Dame, he was a defensive back on the varsity football team.
What legal services does this lawyer offer?
Mass Tort Litigation / Class Actions - Plaintiffs
Medical Malpractice Law - Plaintiffs
Personal Injury Litigation - Plaintiffs
Sports Law
Contact Details and Office Locations
Other: (312) 346-3191
WTG@corboydemetrio.com
33 North Dearborn Street, 21st Floor
Chicago, Illinois 60602
Chicago, Illinois 60602
See Location