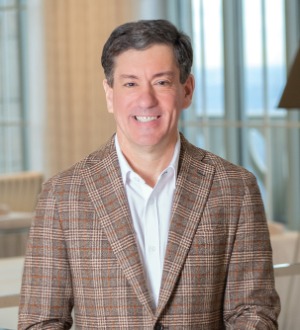 Scott Ortwein is co-leader of Alston & Bird’s global Corporate Area, which includes its Corporate & Securities, Energy, Finance, Financial Services & Products, Health Care, Real Estate, and Public Policy Groups. Scott concentrates his practice in mergers and acquisitions and corporate finance. Scott advises boards of directors and committees of boards in their consideration of extraordinary corporate transactions as well as significant corporate governance matters, including activist shareholder concerns. He has represented more than 75 public companies in a variety of industries in corporate governance, securities compliance, public and private securities offerings, and mergers and acquisitions. Specifically, Scott has represented public companies and investment banks in more than 75 public equity and debt securities offerings with proceeds of more than $40 billion and has been involved in more than 100 public and private company mergers, acquisitions, and dispositions with consideration of more than $30 billion.

The Best Lawyers in America© named Scott the Atlanta “Lawyer of the Year” for Securities/Capital Markets in 2014, 2016, and 2020. He is recognized as a leading corporate attorney by Chambers USA and The Best Lawyers in America in the practice areas of Mergers & Acquisitions and Securities/Capital Markets. Scott received his M.B.A. and J.D. from the University of North Carolina at Chapel Hill.

Scott is a former member of the firm’s Management Committee.