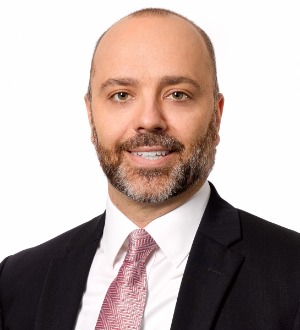 William Moore is a senior partner of the firm and represents individuals who have suffered serious injuries. He has a reputation for being an aggressive advocate and for being highly accessible and responsive to his clients. Mr. Moore has extensive trial experience in both state and federal courts. Many attorneys, both locally and out of state, refer their cases to Mr. Moore. Doctors also frequently refer their injured patients to him. Mr. Moore has been named to The National Trial Lawyers: Top 100, an invitation-only organization composed of the premier trial lawyers in the nation who meet stringent objective qualifications as civil trial lawyers. He was also named to the 2017 edition of Buffalo Business First’s Top 40 Under 40.

Over the course of his career, Mr. Moore has obtained over $10 Million on behalf of his clients. Examples of individuals Mr. Moore has served include:

Mr. Moore handles complex cases that draw media attention. Click on the descriptions below to view articles that include comments from or about Mr. Moore.

Mr. Moore publishes legal guides to provide clients with essential information on an array of pertinent legal matters. You can access each edition by clicking on the titles below. If you would like to receive a copy of Mr. Moore’s Legal Guides in the mail, please contact him at wmoore@lglaw.com.

Are you Protected? A Guide to SUM and UM Insurance

Mr. Moore is a regular guest on WNED’s The Law Line radio program. During each appearance, Mr. Moore fields questions from callers on various legal matters. Below are transcripts from Mr. Moore’s appearances on The Law Line.