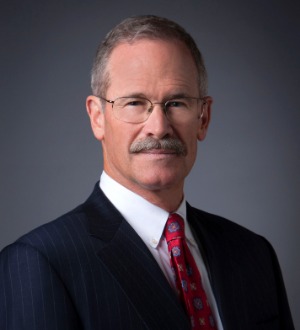 Recognized by Best Lawyers® since 2007.
401 West A Street, Suite 2600 San Diego, California 92101
(619) 236-1551
|
Firm: Higgs Fletcher & Mack LLP
|  Website
Edit Profile
Edit Your Profile
To edit your Lawyer Directory information, please login to your
Best Lawyers® Admin Account.
If you have any questions or need assistance, please contact us at info@bestlawyers.com or 803.648.0300.
Overview
Firm

William Low practices in the areas of complex tort and business litigation, with a current emphasis on professional liability, privacy, information security, product liability, and healthcare.

Mr. Low, an HFM Partner, also serves as general counsel for the firm, a role in which he regularly advises the firm’s lawyers on issues related to ethics, conflicts of interest and professional responsibility. In addition, he has served as an expert witness in legal malpractice cases.

Throughout his career, Mr. Low has distinguished himself in both state and federal courts, and he has tried to verdict a wide variety of cases including catastrophic injury, professional liability, medical and nursing board hearings, insurance bad faith, product liability, probate and trust, employment discrimination, and sexual harassment.

Mr. Low began his legal career in 1982 at the premier civil trial firm in San Diego at the time— McInnis, Fitzgerald, Rees, Sharkey & McIntyre. In 1988 he became a partner in the McInnis firm and served as its managing partner when it merged with HFM in 1999. While at the McInnis firm, he handled a wide range of cases beginning with the defense of general and professional liability lawsuits. His practice quickly grew to include insurance coverage, insurance bad faith, medical malpractice, business litigation, and product liability cases.

Mr. Low’s practice continued to expand, particularly in the area of product liability defense. This included work defending Metabolife International, Inc. for a period of seven years in hundreds of dietary supplement product liability lawsuits filed throughout the U.S. over its flagship product, Metabolife 356. The supplement was alleged to have caused or contributed to heart attacks, seizures, and strokes in consumers who were taking that product. In that capacity, he served on the Multi District Litigation (MDL) Defendents Science Committee. He played an active role in the selection and retention of defense experts, and participated in the cross-examination of plaintiffs’ experts in depositions and at a Daubert hearing, challenging the admissibility of plaintiffs’ expert opinions. He also defended another dietary supplement maker in more than 40 product liability lawsuits filed in California over a three-year period that alleged the dietary supplement had been adulterated with pharmaceutical drugs.

Mr. Low is honored to have been invited to be a member of two of the most prestigious trial lawyer organizations in the country. He is a Fellow in the American College of Trial Lawyers, an association of trial lawyers founded in 1950 which recognizes and honors trial lawyers in the United States and Canada. Membership in the College is invitation-only, and it comes only after an intensive investigation to confirm that a candidate is a truly outstanding trial lawyer who demonstrates the highest degree of professionalism, ethics, and civility. Fellows must have been active in the trial practice for at least 15 years and be recognized as among the very best trial lawyers in their state or province by the judges they practice before and the opponents they try cases against. Admission to the American College is limited to the top one percent of lawyers in each state or province.

Mr. Low is also a member of the American Board of Trial Advocates (ABOTA), the premier association of American trial lawyers. Membership in ABOTA is by invitation only. In 2007, he served as President of the San Diego Chapter of ABOTA. Most recently, he served as a demonstrator for the San Diego ABOTA Chapter’s Trial by Masters (opening statement—defendant).

From 2007 through 2019, he has been named one of Southern California Super Lawyers®. He has been rated “AV Preeminent” by Martindale Hubbell™ — earning the highest possible rating for both Legal Ability and Ethical Standards.

Mr. Low is also an Eagle Scout, a former Scoutmaster, has served on Eagle Scout Boards of Review for over 25 years, and has coached youth soccer and Little League baseball. He has been a Magician Member of the Academy of Magical Arts Inc. (“Magic Castle”) for more than 30 years and performed close-up table magic at the Atlantis restaurant on Mission Bay in San Diego during his first and second years of law school. He enjoys sailing, skiing, backpacking, and traveling with his family.