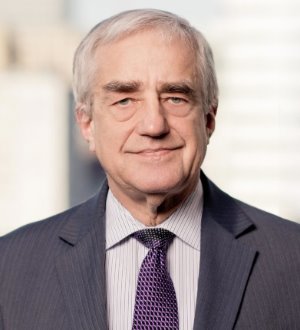 Recognized by Best Lawyers® since 2007.
1001 Haxall Point, 15th Floor Richmond, Virginia 23219
(804) 697-1200
|
Firm: Troutman Pepper
|  Website
Edit Profile
Edit Your Profile
To edit your Lawyer Directory information, please login to your
Best Lawyers® Admin Account.
If you have any questions or need assistance, please contact us at info@bestlawyers.com or 803.648.0300.
Overview
Firm

Bill Hurd is a partner in the Richmond office of Troutman Sanders, where he focuses on the firm’s appellate and state attorneys general practices.  He previously served as the first Solicitor General of Virginia (1999-2004).

Bill has appeared on brief in more than 130 appellate cases and has argued more than 50 times before federal and state appellate courts.  His appellate victories cover a wide array of legal issues, including overturning an unfavorable, multi-million-dollar FINRA arbitration award, reversing the denial of a multi-million-dollar tax credit, securing educational benefits for children with disabilities, upholding statutory procedures for restoration of voting rights and upholding “minute of silence” law for public schools, among many others.

Widely-recognized as a leading election law attorney, Bill served as chief counsel in the statewide election recounts for Attorney General of Virginia in 2005 and 2013, and he served as legal counsel to Virginia’s 2011 Independent Bi-partisan Advisory Commission on Redistricting. In addition to practicing law, Bill is an adjunct professor at the Scalia Law School of George Mason University, where he teaches “God & the Law,” a course on the Establishment Clause and Free Exercise Clause.