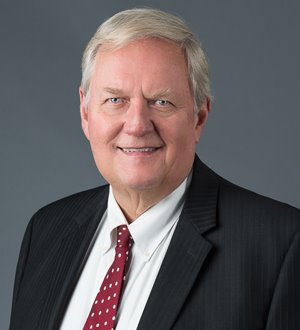 Recognized in "Best Lawyers in America" since 2013 for work in tax law, William Elwood is a respected member at Dickinson Wright PLLC, located in the firm's D.C. office.  With an undergraduate degree in science from Penn State University, William pursued law school at University of Pennsylvania Law School serving on the law review and receiving his J.D. in 1968.  William attended Hague Academy of International Law as a Ford Fellow.  Additionally, William received his Masters of Law from Georgetown University in 1974.  From there, William provided counsel to various corporate parties in numerous tax audit and appeal matters as well as to organizers in structuring and capitalizing numerous public and private LLC's and limited partnerships.  He was the former Vice President and Tax counsel of Primark Corporation and former Tax Counsel to COMSAT Corporation.

Adamant in his work in tax law, William is co-author of the 2012 Tax Management Portfolios, Employee Fringe Benefits (5th Edition) and author of articles in publications.  Furthermore, William is also a frequent lecturer to national professional organizations such as the Tax Executives Institute to empower others with his leadership expertise in his various areas of practice, including taxation, tax controversy, real estate, private equity, corporate finance, international law and more.

William is a well-known and well-regarded member of Dickinson Wright PLLC by other major law firms due to his wide range of accomplishments and extendable insights.  Throughout his extensive years of countless achievements, William was also a devoted father of two and a beloved husband.  William is more than just a member in his firm, he is also active in community affairs and considered a friend and strong supporter of the arts.