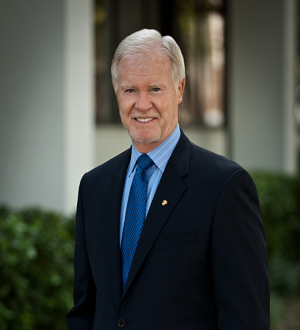 William D. Bonezzi is a Shareholder as well as one of the founders of the firm.  He has been a practicing attorney since 1973 and his legal career has been devoted to trial work.  His competitive nature, developed in college athletics and honed in the U.S. Marine Corps where he served his country from 1965 to 1968, is ideally suited for confidently litigating the most difficult cases.

Mr. Bonezzi is admitted to both the Florida and Ohio bar and currently possesses licenses to practice law in both states.  He will be concentrating his practice in the State of Florida where he manages the Florida office.  He will continue to concentrate his practice in Medical Negligence, Long-Term Care, Product Liability, Environmental and all aspects of General Liability.

Primarily defending catastrophic injury and/or death cases, Mr. Bonezzi’ s reputation for integrity and hard work is well known in the legal community.  He is most satisfied when on his feet in a courtroom.

Mr. Bonezzi has tried to verdict in excess of 200 cases in all phases of his practice throughout multiple states including Ohio, Missouri and Kentucky.  He has lectured extensively in those fields of practice as well.  Mr. Bonezzi is one of the legal pioneers in defending toxic tort cases and continues to be very active in this area.