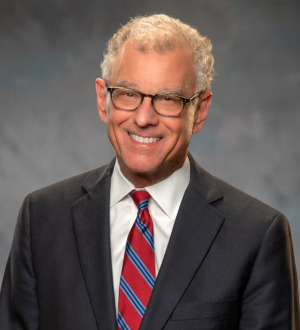 Bill represents people who have been injured in matters involving medical malpractice, catastrophic personal injury, wrongful death, defective products, and trucking/motor vehicle collisions. In his 39 years as a trial lawyer, he has successfully tried and resolved claims for individuals or their families who have been catastrophically injured or killed due to dangerous and defective products, gas explosions, negligent medical treatment, reckless operation of tractor-trailer trucks, bars overserving alcohol, aviation crashes, and more. He has also successfully represented victims of crime and assault in lawsuits against apartment complexes.

Bill earned his undergraduate degree from Vanderbilt University. Upon graduating from college, he entered the United States Navy and served four years on active duty, mostly aboard a fast frigate. After his honorable discharge from the Navy, Bill entered Vanderbilt Law School and earned his law degree. He has practiced law in Nashville ever since.

Since he was first eligible, Bill has earned an AV rating with Martindale-Hubbell, identifying him as a lawyer with preeminent legal ability and the highest professional and ethical standards, as determined by other lawyers. His peers have routinely chosen him for inclusion in Best Lawyers in America (2003-Present). He’s also been recognized as one of the premier attorneys in the region by Super Lawyers: Top 100 – Tennessee (2012-Present) and Top 50 – Nashville (2012-Present). Bill has been continuously certified as a Civil Trial Specialist by the National Board of Trial Advocacy since 1992.