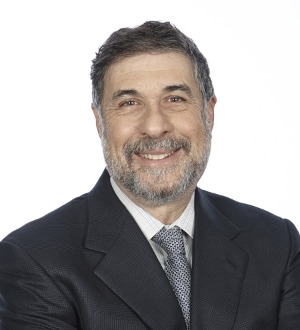 William Bernstein has practiced law for more than three decades. Who’s Who Legal called him, “a leader in the plaintiffs’ bar in the fields of complex civil litigation, antitrust, and consumer protection law.”

Notable cases Mr. Bernstein  has litigated include price-fixing suits against pharmaceutical companies on behalf of retail pharmacies, consumer claims against the world’s largest vitamin manufacturers for crafting a global “vitamins cartel,” charges against natural gas and energy companies for manipulating the price of natural gas and electricity in California during the California energy crisis of 2000-2001, and qui tam claims against the Sutter hospital system for anesthesia service overcharges. These cases, in total, resulted in over $1.3 billion in settlements for consumers and businesses.

Mr. Bernstein also oversaw negotiations in the landmark settlement and injunction against De Beers for monopolizing the trade of rough diamonds in the U.S. for nearly 60 years. As featured in the 2008 Plaintiffs Hot List, The National Law Journal wrote, “The plaintiffs’ firms’ pluck, and some luck, resulted in a $295 million settlement for De Beers’ customers [and] secured De Beers’ pledge to abide by federal and state antitrust laws and accept court oversight to ensure compliance.”