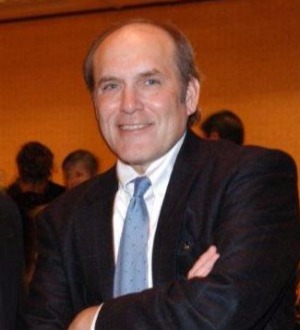 William B. (Bill) Bardenwerper, is listed in Best Lawyers in America, with top rankings in Chambers USA and Martindale-Hubbell. Bill received these distinctions from a practice beginning in 1978 as Jefferson County’s Director of Intergovernmental Affairs and as Special Counsel to the County Executive (now U.S. Senate Majority Leader) Mitch McConnell. In 1987, Bill became managing partner of a firm bearing his name, today Bardenwerper, Talbott & Roberts, PLLC. He has always primarily practiced real estate development law. In 2017, his firm celebrates 30 years at the law office established in east Louisville.

Since founding the firm 30 years ago, Bill has contributed significantly to the economic development and growth of Metro Louisville. He has represented many national and regional and most local builders and developers representing billions of dollars of investment in numerous business parks, manufacturing plants and warehouses, office parks and buildings, healthcare facilities, shopping malls, power and neighborhood centers, mixed use projects, freestanding restaurant and large retail box users, condominium regimes, apartment communities, and residential subdivisions that include thousands of homes. During the Great Recession, he represented many banks in the repositioning of their troubled assets.

Assisted by a team of experienced lawyers and paralegals, Bill’s work has also included the preparation of PSAs, quarterbacking rezoning, site plan and other entitlement proposals and reviews, the successful defense of opposition filed government approval appeals, preparation of CCRs and condo documents, and land acquisition and development loan financings. In the process of all this, Bill has presented at several thousand neighborhood meetings and adjudicatory hearings.

Specifically, as respects Bill’s and his firm’s principal practice areas today, over the years Bill has served on or as chairman of numerous special committees and task forces dealing with the local development process. During the 10-year process of developing the Cornerstone 2020 Comprehensive Land Use Plan and Land Development Code, Bill served as Chairman of the Louisville Area Chamber of Commerce 2020 Advisory Committee, as a member of the 2020 Policy and Technical Coordinating Committees, and as one of just two development industry representatives on the Special 2020 Drafting Committee charged with authoring both the present Comprehensive Plan and Land Development Code for the new merged Louisville and Jefferson County Metro Government. Bill presently serves as a key building industry representative on the Policy Committee of the latest iteration of the Louisville Metro Comprehensive Plan.

As part of the merger of Louisville and Jefferson County government, Bill served on the County Attorney’s “Consolidated Local Government Legal Task Force” and as Chairman of its “Land Use Subcommittee”. He also served on the special Transportation Systems Development Fee Ordinance Drafting Committee charged with developing a funding mechanism for the improvement of county roads. And he helped develop the system for “Recapture” of excess sanitary sewer service costs when developers are charged by MSD with improving a sanitary sewer system for an entire watershed beyond a development’s specific sanitary sewer service needs.

For 5 years, Bill served on the Executive Committee of the Louisville Area Chamber of Commerce (now “Greater Louisville, Inc.” or “GLI”) with specific responsibility for overseeing its land use, transportation, environmental and governmental affairs programs. For a number of years, Bill also served on the Board of Directors of the Kentuckiana Regional Planning and Development Agency.

Bill is active in the Building Industry Association (BIA) of Greater Louisville, serving for many years on its Board of Directors. In 1995 and 2002, he was recognized as the BIA “Associate (non-builder) of the Year.” He also received the 2014 March of Dimes “Real Estate Career Achievement Award”.

Bill has also served as an adjunct faculty member teaching land use law to Ph.D and Masters Degree students in the Department of Urban and Public Affairs at the University of Louisville, has lectured widely on land use and development law issues, and is the general editor of four volumes of law books (Kentucky Methods of Practice) published by the nation’s leading law publisher, West Publishing Company, including a volume (which he individually authored) on Kentucky land use and zoning law.

Bill has served as Chairman of the Louisville Bar Association’s Real Estate and Zoning Section, as Co-Chair of its “Committee of the Year” CLE Institute, and as Editor-in-Chief of its Louisville Lawyer magazine.

Bill’s other professional and community recognitions and involvements have included 9 years service as Mayor of the suburban Louisville Metro city of Hurstbourne; various recognitions by the Louisville Bar Association, University of Louisville Law School, Louisville Area Chamber of Commerce and Rotary Club; founder and Board Member of Kentuckiana Crime Stoppers; as Board Chairman of the Louisville Gardens Arena Operating Company; and under a several year assignment as Consultant to the American Bar Association Standing Committee on Lawyer Referral and Information.