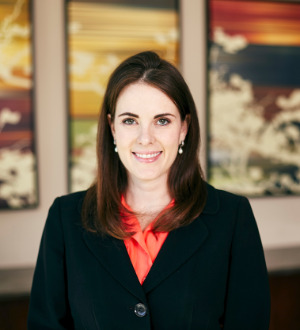 Whitney Z. Bernstein is an aggressive litigator and accomplished criminal defense attorney with a track record for achieving success for her clients when the odds are against them. She has spent her career successfully defending felony and misdemeanor criminal offenses, leading companies in internal investigations to prevent litigation, and representing companies and individuals in contract and business tort claims and employment litigation. Whitney is a credible, tireless, and respected advocate who has tried numerous felony and misdemeanor federal and state jury trials.

In addition to Whitney’s considerable courtroom and trial experience, she has drafted and argued countless suppression and discovery violation motions, negotiated favorable dispositions for her clients, and obtained numerous dismissals of charges. Whitney takes a very hands-on approach by involving herself in all aspects of case management, investigation, discovery, depositions, interviews, negotiations, and trial preparation. She also has successfully argued before the Ninth Circuit Court of Appeals regarding interpretation and application of federal immigration laws

Whitney’s outstanding results and reputation earned her recognition by Super Lawyers as a “Rising Star” every year from 2020 to 2022, a distinction bestowed on no more than 2.5 percent of attorneys in any state. She also has been recognized by Best Lawyers for her work in Criminal Defense: White Collar for 2021 and 2022. The National Trial Lawyers also named Whitney as one of the Top 40 Under 40 Defense Trial Lawyers in 2021 and 2022 for her demonstrated superior qualifications, leadership skills, and trial results.

Outside of the courtroom, Whitney is very involved in her community. She trains federal criminal defense practitioners at the local and national level, and proudly serves on the inaugural Advisory Board to the San Diego County Probation Department Chief, as a Lawyer Representative for the Southern District of California, and as a member of the Women’s White Collar Defense Association.

Prior to joining Bienert Katzman Littrell Williams LLP, Whitney was a trial lawyer for the Federal Defenders of San Diego, Inc. Before that, she was a trial lawyer for Brooklyn Defender Services in Brooklyn, New York. She graduated from the University of Pennsylvania Law School earning her Juris Doctor and simultaneously earning her Master of Science in Criminology from the University of Pennsylvania Department of Criminology. As an undergraduate at Cornell University where she earned her Bachelor of Arts in Government and Sociology with a concentration in Law and Society, she graduated with Distinction in All Subjects, Dean’s List, and was an active volunteer in the local community as a firefighter and teacher.