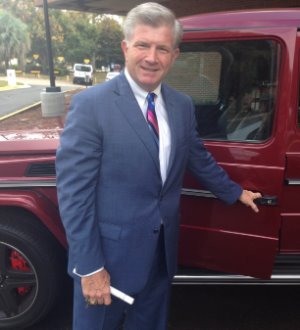 Weldon Earl Brennan's goes by his nickname which are his initials (WEB). Web received his Bachelor of Industrial Engineering degree from Georgia Tech in 1982. He received his Juris Doctor degree with Honors in 1989 from the University of Florida College of Law. Web is Board Certified in Civil Trial by the Florida Bar and the National Board of Trial Advocacy. He has achieved an "AV" rating from Martindale-Hubbell. He is a past President of the Academy of Florida Trial Lawyers (now known as the Florida Justice Association (FJA)). He is a member of the American Board of Trial Advocates (ABOTA). Web is a sustaining member of the AAJ (American association for justice (formerly the Association of Trial Lawyers of America (ATLA)). He is also the past President of the Tampa Bay Trial Lawyers Association (TBTLA). Web's verdict (July 2007) for approximately 62 million dollars (aproximately45 million after comparative negligence)  was selected by Lawyers USA as one of the top ten verdicts in the USA in 2007. Web's verdict in 2013 was included in ALM's Verdict Serch as one of the top 100 Verdicts in the USA for 2013. Web has achieved numerous multi-million dollar verdicts throughout his career. Web's name is included as one of Florida's Superlawyers; America's Top 100 Attorneys lifetime achievement membership; and The National Trial Lawyers Top 100 Trial Lawyers.