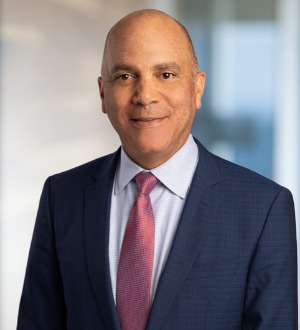 He led the Court’s efforts to fund access to justice programs; helped reform juvenile justice; and inaugurated a statewide electronic filing system for Texas courts. During his time on the bench, Jefferson was elected President of the Conference of Chief Justices, an association of chief justices from the 50 states and U.S. territories.

A graduate of the James Madison College at Michigan State University and The University of Texas School of Law, Jefferson is the namesake for Wallace B. Jefferson Middle School in San Antonio.

He is the Treasurer of American Law Institute, Chair of the Texas Commission to Expand Civil Legal Services, and is a Fellow of the by-invitation-only American Academy of Appellate Lawyers. Jefferson is a member of the Texas Commission on Judicial Selection and serves on the Board of Advisors of the Justice Sandra Day O’Connor Judicial Selection Initiative. Certified in Civil Appellate Law by the Texas Board of Legal Specialization since 1993, Jefferson has twice won cases he argued in the Supreme Court of the United States.

Jefferson has been honored with the 2014 Texas Center for Legal Ethics Chief Justice Jack Pope Professionalism Award, honoring a judge or attorney who personifies the highest standards of the legal profession; the 2014 Texas Appleseed J. Chrys Dougherty Good Apple Award because of his leadership in seeking equality for all Texans, especially the less fortunate; and the 2015 Anti-Defamation League Austin Jurisprudence Award, honoring an outstanding member of the legal community who exhibits a commitment to equality, justice, fairness, and community service. In 2016, he was honored with the Presidential Citation Award from The University of Texas. This award recognizes extraordinary contributions of individuals who personify the university’s commitment to transforming lives.

He is listed in Chambers USA: America’s Leading Lawyers for Business, Best Lawyers in America, and Texas Super Lawyers.