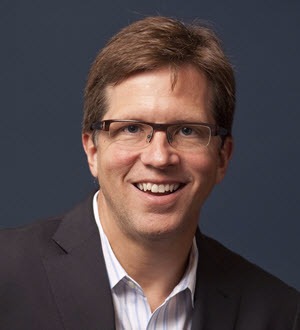 Mark Lanier is the founder of The Lanier Law Firm, with offices in New York, Houston, Los Angeles and Oklahoma City, Lanier's reputation as one of the country's top trial lawyers is based on courtroom battles involving some of the world's largest companies. Lanier won the nation's first verdict over the controversial pain medication VIOXX, and helped clear the way for a nationwide settlement for all VIOXX users.

As an advocate for those who suffer life-altering injuries from dangerous consumer products or catastrophic transportation and worksite injuries, Mr. Lanier has secured more than $12 billion for clients throughout his storied career.

In March 2016, Mr. Lanier secured a $502 million dollar verdict in federal court in the initial bellwether trial against DePuy Orthopaedics and Johnson & Johnson over defective metal-on-metal hip implants. Then in December 2016, he earned a $1 billion combined jury verdict in a products liability case over defective hip implants against defendant DePuy Orthopaedics Inc., a subsidiary of health care giant.

Law360 recognized Mark Lanier among the elite list of MVPs in 2018 for his work Product Liability Litigation. In 2017, Mark was inducted into the Trial Lawyer Hall of Fame, by National Trial Lawyers, which recognizes outstanding attorneys who leave an indelible mark on the American legal tradition through a lifetime of service to the public, the Constitution, and the trial bar. Although attorneys previously had to be 60 or older, that requirement was waived for the 56-year-old Mr. Lanier.

Recognized as one of the Most Influential Attorneys of the Decade by the National Law Journal and as one of the 25 Greatest Lawyers of the Past Quarter Century by Texas Lawyer, Mr. Lanier was named the 2016 Trial Lawyer of the Year by The National Trial Lawyers. In 2015, he received the American Association of Justice’s Lifetime Achievement Award. Most recently, Mark was inducted as the 2018 president of the National Trial Lawyers, an invitation-only organization of the top U.S. trial lawyers committed to promoting the profession’s highest ethical standards and ideals.

Lanier is Board Certified in Personal Injury Trial Law by the Texas Board of Legal Specialization. He is licensed to practice in all Texas state and federal courts, all New York state courts and the U.S. Supreme Court.

The Lanier Law Firm represents clients from all over the world in courtrooms across the United States.  Mark frequently instructs other attorneys about his trial techniques and how to try better cases in seminars held across the nation. He is solicited often to be the featured lecturer at many of the nation’s top law schools including Harvard, Stanford, Pepperdine University, University of Chicago and Texas Tech University. In 2017, Mark was inducted into the Trial Lawyers Hall of Fame at Temple University Law School in Philadelphia.

Mark Lanier is enthusiastically involved in government and community activities outside the practice of law. Chairmen, presidents, and senior executives from major American corporations and universities often call on him for his respected business views on national and international issues. In 2011, Mark was also bestowed the distinguished Ambassador of Peace award by the Guatemalan government.

Mark Lanier is the founder of the Lanier Theological Library - www.LanierTheologicalLibrary.org - one of the nation’s largest private theological collections. Also, Mark teaches a weekly, 750-plus-member Sunday school class focusing on Biblical Literacy at Champion Forest Baptist Church. He serves on the boards of the American Schools of Oriental Research (ASOR) and the Albright Institute.