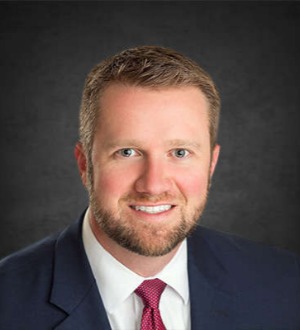 Years In Practice
Phone Number (407) 244-3199
W. Doug Martin is a Shareholder of Morgan & Morgan, P.A. and Board Certified in Civil Trial Law.  He was born in Beckley, West Virginia in 1980 and has lived in Central Florida since the age of five. He received his Bachelor of Science in Business Administration with a major in Finance from the University of Florida in 2002. Mr. Martin graduated from the University of Florida Levin College of Law in 2005, where he received the Book Award for Trial Practice and Honors for Appellate Advocacy.After graduating from law school, Mr. Martin worked for one of the largest defense law firms in Florida defending hospitals, businesses, and insurance companies. In 2008, he joined and became a partner at a referral based personal injury firm handling claims involving wrongful death, catastrophic personal injury, medical malpractice, product liability, premises liability, nursing home, automobile and trucking negligence.In January of 2017, Mr. Martin joined the Orlando office of Morgan & Morgan, P.A. where he currently focuses his practice on personal injury litigation. Mr. Martin provides aggressive representation while maintaining compassion for his clients. In each case, Mr. Martin brings his experience litigating cases in both state and federal courts, as well as significant trial experience as a board certified civil trial lawyer. Mr. Martin has won significant verdicts on behalf of his clients, including verdicts of $6,560,000.00; $1,657,052.65; $1,426,767.11 and $366,179.18. Mr. Martin has been recognized for his superior qualifications, trial results, and leadership as a lawyer. Since 2011, Mr. Martin has received the honor of being named a Florida Super Lawyers Rising Star. Since 2012, Mr. Martin has received the honor of being a member of The National Trial Lawyers: Top 40 under 40. Since 2013, Mr. Martin has received an AV® Preeminent rating by Martindale-Hubbell®. Additionally, Mr. Martin was awarded Florida Trend’s Legal Elite Up & Comers for 2012. Mr. Martin is 1 of 174 attorneys in the state of Florida under the age of 40 who received this honor. Mr. Martin has served as a member of the Board of Directors for the Make-a-Wish Foundation of Central and Northern Florida, Young Lawyers Section of the Orange County Bar Association and Legal Aid Society of the Orange County Bar Association.
What legal services does this lawyer offer?
Personal Injury Litigation - Plaintiffs
Awards
Education
University of Florida, Juris Doctor
Graduated 2005
University of Florida, BSBA Finance
Graduated 2002
Contact Details and Office Locations
Office: (407) 244-3199
dmartin@forthepeople.com
20 North Orange Avenue, Suite 1600
Orlando, Florida 32801
Orlando, Florida 32801
See Location