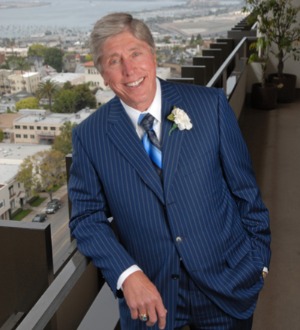 Years In Practice
Phone Number (619) 236-9363
Vincent J. Bartolotta, Jr. is a founding partner of Thorsnes Bartolotta McGuire. He specializes in plaintiffs' litigation with an emphasis in business disputes, condemnation, and major injury cases. A tenacious litigator, Bartolotta is recognized annually by Woodward/White as one of the Best Lawyers in America -- a recognition he's received every year since 1987.

"There's really no secret about what I do," he says, "I really do care for my clients; each case gets a piece of my soul."

Bartolotta was born in Monongahela, Pennsylvania. His father was a coal miner, his mother a licensed practical nurse. Since age 10 Bartolotta has rarely missed a day's work. He's delivered newspapers, unloaded grocery trucks, hauled produce, loaded beef in a slaughter house, shoveled slag from the blast furnaces of a Pittsburgh steel mill, worked salvage operations as a commercial scuba diver and built bridges, powerhouses, and skyscrapers as an ironworker.

While at the University of Pittsburgh, on a full athletic scholarship, he was selected by the All American Selection Committee to the all Pennsylvania, Delaware and New Jersey Team and earned recognition as a first alternate on the 1968 U.S. Olympic Soccer Team.

Enlisting in the US Marine Corps, and completing USMC boot camp, his military duties returned him to "PITT" where he earned his law degree in 1970. During law school, his full scholarship continued while he coached PITT’s Freshman Soccer Team and trained for the Olympics.

Returning to active duty, he was appointed criminal defense counsel at Camp Pendleton and eventually assigned to the prosecution. Offered a military judgeship for his final year of active duty, he instead volunteered for orders to Vietnam. He requested attachment to an Air Combat Unit, serving occasionally as a radar intercept officer as well as Wing Legal Officer.

Bartolotta earned his negotiator's stripes deep in the jungles of Thailand, compensating relatives of victims of "friendly" fire in order to help keep secret operations by the United States Special Forces. He was honorably discharged with the rank of Major.

On October 1, 1978 Bartolotta and Michael Thorsnes joined forces in a law partnership, forming what is now one of California's premier litigation firms. His 2001 verdict in Border Business Park v. The City of San Diego received recognition as one of the Top 10 Verdicts in the Nation that year.

Bartolotta is past president of the Consumer Attorneys of San Diego and has received the association's Outstanding Trial Lawyer Award in 1981, 1988, 1989, 1991, 2001, 2007, 2008 and was named the 2001 Trial Lawyer of the Year. He is a member and president of the American Board of Trial Advocates and was named ABOTA's California Trial Lawyer of the Year for 2003. He serves as a Master of the American Inns of Court. He has been recognized in Woodward White's Best Lawyers in America since its inception in 1987 in the categories of Commercial, Eminent Domain and Personal Injury litigation.

In 2013 Bartolotta was recognized in US News & World Reports Best Lawyers in America in the categories of Commercial Litigation, Eminent Domain and Condemnation Law, Real Estate Law and Personal Injury Litigation -- Plaintiffs. His numerous contributions to community and charitable activities include Past President of Rancho Santa Fe Youth; member and Chairman of the Board of Directors of St. Vincent de Paul Village; Chairman of the St. Vincent de Paul Father Joe $150,000,000 Capital Campaign; member of the American Ireland Fund, San Diego Chapter, is a member of the Century Club, and is a member of the Board of Directors of the Nice Guys.
What legal services does this lawyer offer?
Civil Fraud
Commercial Litigation
Eminent Domain and Condemnation Law
Litigation - Real Estate
Mass Tort Litigation / Class Actions - Plaintiffs
Medical Malpractice Law - Plaintiffs
Personal Injury Litigation - Plaintiffs
Punitive Damages
Awards