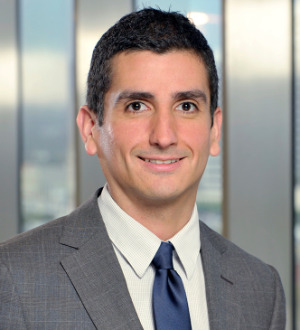 Victor De la Cruz leads Manatt’s land use practice. He counsels developers, institutions, individuals, for-profit corporations and nonprofit organizations on matters at the nexus of law and government, including real estate development and land use entitlements, bid protests, and government contracts. In 2016, the Daily Journal named him one of the top 40 attorneys under the age of 40 in California, and in 2018, in recognition of his work in the area of land use, he received the California Lawyer of the Year award, which recognizes lawyers whose work has had a significant impact on public policy, the law and the profession.

Working with clients and consultant teams to craft legal, political and community outreach strategies, Victor has facilitated the approval and development of a wide variety of projects, many of which have played a prominent role in shaping and defining the Southern California landscape. He advocates for clients’ projects before agencies, boards, commissions and legislative bodies, and defends land use entitlements in litigation as necessary.

Victor also counsels clients on government contracts and bid protests with the city and county of Los Angeles, the county of San Diego, the Los Angeles County Metropolitan Transportation Authority, Los Angeles World Airports, the California Department of General Services and the California Office of Administrative Hearings. His representation of clients in these forums includes preparing bids and proposals (including coordinating media and political strategies), filing and defending protests, and participating in contract negotiations.

Victor served as the co-chair of the Housing, Land Use & Development Committee of the Central City Association of Los Angeles from 2016 to 2018. He is a registered lobbyist with the city and county of Los Angeles and the cities of West Hollywood and Long Beach.