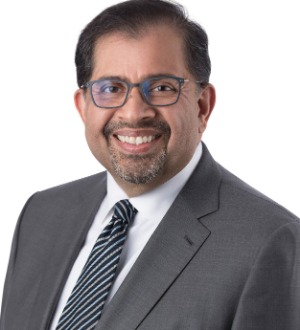 He is an active speaker and writer on immigration law and has been interviewed on immigration issues by the NBC Nightly News, The Washington Post, Forbes, CNN, The Wall Street Journal, Bloomberg Law, ComputerWorld, the Times of India and India Abroad, among others.  In addition to being a longtime member of the American Immigration Lawyers Association, Vic is also an active member of the Alliance of Business Immigration Lawyers (ABIL), American Bar Association, Federal Bar Association, and the Society for Human Resource Management.

Vic provides advisory information on the intersection of immigration policy, legislation, and trade policy to business and trade associations around the world, and has been selected by his peers for inclusion in The Best Lawyers in America in the field of Immigration Law,* and was awarded a Distinguished Peer Review Rating for legal ability and ethical standards from the Martindale-Hubbell Law Directory.  He has also been named one of Washington, DC's Top Lawyers by Washingtonian magazine, and a Leading Legal Practitioner in Corporate Immigration by Who's Who Legal's Corporate Immigration.