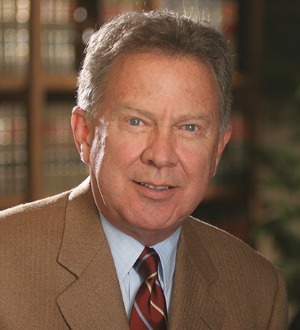 Van is a founding partner of O'Steen & Harrison, PLC, where he has had a general civil practice, emphasizing personal injury, defective products and nursing home abuse and neglect.

Van is av-rated (the highest rating) by the prestigious Martindale-Hubbell Law Directory. He also was voted—by other lawyers—for inclusion in The Best Lawyers in America Consumer Guide.

Van is profiled in the publication Who's Who in American Law . For many years, he wrote a weekly legal advice column that appeared in various Arizona newspapers, and he is the author of numerous self-help packets which enable consumers to attend to many of their own legal needs without having to hire a lawyer.

In 1977, Van went to the U.S. Supreme Court and won the landmark case permitting lawyers, doctors and other professionals to advertise their services and fees. As a result of this important consumer victory, the costs of legal services have declined.