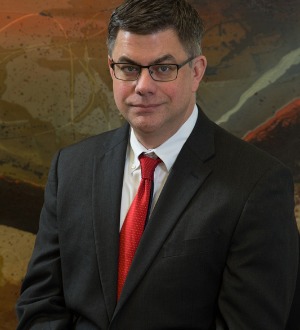 Mr. Ella is also available to serve as a private mediator and has performed several workplace investigations as a neutral investigator. He is a Qualified Neutral under Rule 114 of the Minnesota General Rules of Practice and serves as an arbitrator for the American Arbitration Association ("AAA"). Mr. Ella has obtained successful verdicts in jury trials and court trials in federal and state district courts in Minnesota and Iowa, and has appeared before the Minnesota Court of Appeals, the Minnesota Supreme Court, the 8th Circuit Court of Appeals and the Federal Circuit Court of Appeals. He has litigated or arbitrated non-compete disputes in Iowa, Florida, Minnesota, North Dakota, New York, and Wisconsin. Mr. Ella is the author of "Executive Employment Law – A Handbook for Minnesota Executives" published in 2018 by Mill City Press as well as over one hundred articles or book chapters for various legal publications. He frequently lectures on the topic of workplace privacy and employee monitoring. He also speaks on common law fraud and was co-author of the Summary Guide to Fraud, Misrepresentation and Deceptive Trade Practices. Mr. Ella is a recognized commentator on the topic of “Executive Law” and has been quoted in dozens of newspaper and magazine articles regarding stock options, executive compensation, non-competes, restrictive covenants and executive severance agreements and has lectured at several CLEs on the topic of Executive Law. Mr. Ella is also known for having defended dozens of employers regarding claims under the Minnesota Drug and Alcohol Testing in the Workplace Act.  He has also written for local and national publications, including the Wall Street Journal, on the topic of municipal and local employment law ordinances. Mr. Ella is certified by the Minnesota State Bar Association as a Labor and Employment Law Specialist. He is also certified as an Information Privacy Professional (CIPP/US) by the International Association of Privacy Professionals (IAPP). He served as a public member of the Minnesota Board of Medical Practice from 2010 to 2018 and currently serves as Chair of the Minnesota State Board of Legal Certification. Mr. Ella was a Law Clerk for Judge Carol B. Amon, Eastern District of New York from 1996-1997 and for Judge William E. Kalar, Ninth Judicial District of Minnesota from 1994-1995. After ten years as an attorney at a local general practice firm he spent almost ten years at the nation’s second-largest labor and employment defense firm as a partner where he represented many Fortune 500 and large global corporations in all aspects of employment law. He joined Trepanier MacGillis Battina in 2016.