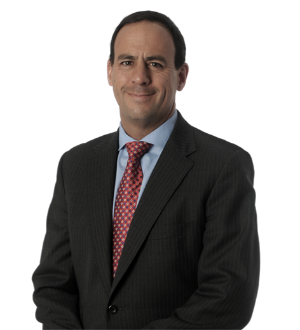 Recognized by Best Lawyers® since 2013.
1144 Fifteenth Street, Suite 3300 Denver, Colorado 80202
(303) 572-6500
|
Firm: Greenberg Traurig LLP
|  Website
Edit Profile
Edit Your Profile
To edit your Lawyer Directory information, please login to your
Best Lawyers® Admin Account.
If you have any questions or need assistance, please contact us at info@bestlawyers.com or 803.648.0300.
Overview
Firm

Troy A. Eid, the former U.S. Attorney for the District of Colorado, is a principal shareholder in the firm's Denver office. He has wide-ranging experience in complex federal, state and tribal litigation at the administrative, trial and appellate court level.

The common thread is a business deal or dispute with many moving parts where Mr. Eid coordinates a diverse team to accomplish a result requiring approval through a public process. His skills running a large public law firm as a U.S. Attorney, and previously as the head of Colorado's 70,000-employee civil service system and as an in-house general counsel in private business, equip him for such inter-disciplinary challenges.

Mr. Eid co-chairs the firm's American Indian Law Practice Group, one of the top-rated in the United States by the Chambers USA guide. Chambers features Mr. Eid in both American Indian law and environmental law/natural resources, and he is also listed in Best Lawyers in America.

In addition to his law practice with the firm, Mr. Eid currently serves as the Chairman of the Indian Law and Order Commission, which advises President Obama and the Congress on criminal justice and public safety issues concerning 566 federally recognized Indian tribes and nations throughout the country. Mr. Eid, who was appointed as Colorado's U.S. Attorney by President George W. Bush, was appointed to the Commission by U.S. Senate Majority Leader Harry Reid (D-NV) and unanimously elected Chairman by its members.

Mr. Eid's recent awards include "Lawyer of the Year" by Law Week Colorado (2011), in recognition of his role in the $1.45 billion sale of the HealthONE hospital system, and "Member of the Year" by the Navajo Nation Bar Association (2012), the largest bar that directly serves an Indian nation. He has also been honored by the Federal Bureau of Investigation, the Drug Enforcement Administration, U.S. Secret Service, the National Congress of American Indians, the U.S. Senate Committee on Indian Affairs, and the U.S. Hispanic Chamber of Commerce.

An Adjunct Professor of Law at the University of Colorado School of Law, Mr. Eid has recently published articles, testified before Congress, and appeared on C-SPAN and elsewhere on a wide range of legal and law enforcement topics, ranging from American Indian law and policy to the regulation of marijuana and narcotics.

Mr. Eid graduated from Stanford University and the University of Chicago Law School, where he was an editor of the Law Review. He clerked for the Honorable Edith H. Jones, Chief Judge of the U.S. Court of Appeals for the Fifth Circuit.