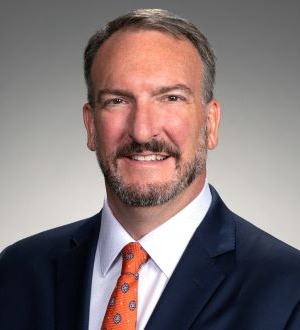 Tom Downey is a Director at Ireland Stapleton Pryor & Pascoe, PC. With his significant experience as both a government official and private attorney, Mr. Downey helps his clients navigate all aspects of regulatory law.  The majority of his practice consists of advising and representing corporate clients in the administrative, transactional and disciplinary processes related to liquor licensing, legalized marijuana and licenses governed by the Colorado Department of Regulatory Agencies. Further, he represents investors, creditors, developers, intellectual property holders and others in and around licensed industries. In providing full services to his clients, Mr. Downey conducts a great deal of zoning, code enforcement and public policy work.

Previously, Mr. Downey led Denver’s Department of Excise and Licenses, issuing and regulating 25,000 business licenses in Denver in 180 categories.  During that time, he redrafted Denver’s Policies and Procedures for liquor licensing and wrote the original Policies and Procedures for Denver’s legalized recreational marijuana licenses.  Governor Hickenlooper appointed him to advise the administration and General Assembly on the legislation creating recreational marijuana.  He created and ran the Business and Licensing Division of the Colorado Secretary of State’s Office.  He also served as an Assistant Attorney General in the Business and Licensing Section under A.G. Ken Salazar. His higher profile cases included the Congressional Redistricting, State Reapportionment, the GAVEL Amendment and the Blue Book battles.  Mr. Downey routinely teaches Continuing Legal Education courses and gives other presentations on regulatory and licensing law around the country.  Recently, he sat on the Marijuana Enforcement Division’s Licensing, and Permitted Economic Interest Rulemaking committee.

Mr. Downey started his legal career clerking for Judge D. Warren Donohue on the Circuit Court of Maryland.  During law school, he spent the summer of 1992 in Budapest as a consultant to a founding member of FIDEZ, the first opposition party in Hungary, in preparing to redraft their constitution. He worked for a Congressman prior to law school.