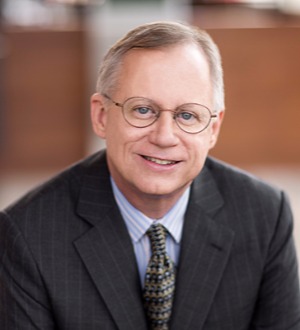 GMSR Managing Partner Timothy Coates is one of the country’s leading appellate attorneys representing public entities and their employees. Over the past thirty years, Tim has briefed and argued over 250 appeals in the state and federal appellate courts, including five cases in the United States Supreme Court. Tim has been recognized as the “go-to” lawyer for governmental entities in civil appeals and related law and motion proceedings in major cases in the areas of civil rights, environmental regulation, employment, and general tort liability.

Tim has also represented managed care organizations and other healthcare providers in medical malpractice actions, breach of contract and bad faith claims, and regulatory matters under the Medicare and Medicaid Acts.

In media, Tim is regularly acknowledged for his success and impact on the law. Reuters named Tim one of the “Top Petitioners” in the United States Supreme Court based on his success in having review granted in that Court, and the Los Angeles Daily Journal recognized Tim as one of the top 100 attorneys in California in 2009, 2011, 2012, and 2013 based on his success in the Supreme Court.  In addition, Tim has received the prestigious California Lawyer of the Year award for his Supreme Court work. He has been named a Southern California Super Lawyer in the area of appellate practice from and has also been named in The Best Lawyers In America (Appellate Law) (2014-2016).