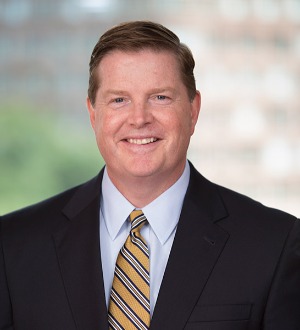 Recognized by Best Lawyers® since 2011.
21 Custom House Street Boston, Massachusetts 02110
(617) 737-3100
|
Firm: Jones Kelleher LLP
|  Website
Edit Profile
Edit Your Profile
To edit your Lawyer Directory information, please login to your
Best Lawyers® Admin Account.
If you have any questions or need assistance, please contact us at info@bestlawyers.com or 803.648.0300.
Overview
Firm

Timothy C. Kelleher III is a partner at Jones Kelleher and has been a trial lawyer since 1990. His practice focuses on civil litigation including serious personal injury cases, general liability, product liability, construction site litigation, medical malpractice, and civil rights litigation. His experience has included the successful trial, arbitration, and mediation of a wide variety of cases over the last nearly 30 years.

Since 2011 Tim has been selected by his peers for inclusion in the publications of Best Lawyers in America and Boston’s Best Lawyers in the category of personal injury litigation, plaintiffs, and in 2017 Tim was also selected for inclusion in the category of product liability litigation, plaintiffs. The publication named Tim Lawyer of the Year, Product Liability Litigation Plaintiffs in 2018 and again for 2020, as well as Lawyer of the Year Personal Injury Litigation Plaintiffs for 2021. He was featured on the cover of New England’s Best Lawyers for 2013, and 2018.

For over a decade, the Martindale-Hubbell National Law Directory has awarded Tim an AV Rating, the highest possible rating for legal ability and ethical standards. The rating is based upon an extensive and confidential peer review by members of the bar.

Tim is a Past President of the Massachusetts Academy of Trial Attorneys. He is also on MATA’s Board of Governors and its Executive Committee. He is the Chair of the MATA Legislation Committee. He has written testimony and testified before numerous committees at the State House on legislation that impacts the rights of consumers, injured victims, and their families. He has received the MATA President’s Award, as well as the prestigious MBA Community Service Award in 2014 for his efforts on the End Distracted Driving program.

Tim is also a member of the American Association for Justice and its Council of Presidents. Tim is also active in the Massachusetts Bar Association. He is currently serving on the Joint Bar Committee.

He has participated in trial practice seminars; he has written and contributed to numerous articles in the area of civil litigation and trial practice.