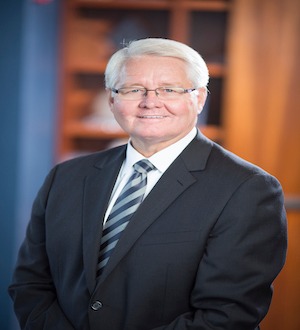 It’s no surprise Tim Dollar is considered one of the top trial lawyers in America. He has tried more than 286 jury trials, has won hundreds of millions of dollars for his clients and orchestrated major company and legislative policy changes that make our world safer.

Highlights of Tim’s civil practice include Bresette v. Brassfield and Gorre, et. al, a nationally publicized story about the devasting collapse of a flight display board at Birmingham-Shuttlesworth International Airport in Birmingham, Alabama. The falling display fatally injured a 13-year-old boy and catastrophically injured his mother.

His many jury trials includes those he has conducted while serving as a Special Homicide Prosecutor for Jackson County, Missouri. Jackson County has continued to work with Tim over the past 30 years on important homicide cases. In that role, he has prosecuted some of the most noteworthy criminal cases in the country including The Precious Doe case, which was chronicled on national TV shows such as America’s Most Wanted and the book, “Through the Rain: A True Crime Memoir of Murder and Survival.”