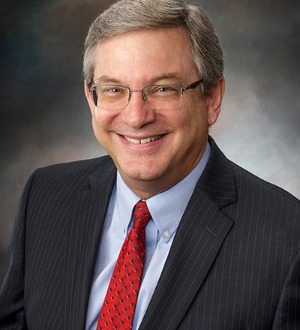 Throughout the course of his career, Tom Brandt has consistently been recognized as one of the top attorneys in Texas. He is rated AV Preeminent by Martindale-Hubbell, has frequently been listed by Thomson Reuters on the Texas Super Lawyers list, as published in Texas Monthly and named the Impact Player of the Year by Texas Lawyer.

Mr. Brandt began his career serving as a Dallas prosecutor and was quickly promoted to the federal litigation section of the Dallas City Attorney’s office. Here, he handled hundreds of cases, both at trial and on appeal, involving everything from excessive force and false arrest to race discrimination, class actions, and constitutional challenges to the city’s sexually-oriented business ordinance.

For nearly 30 years, Mr. Brandt has worked at Fanning Harper Martinson Brandt & Kutchin, P.C., and currently heads the firm’s local government and employment law section. His practice includes matters related to civil rights and employment law, and he counts cities, counties, school districts, public officials, and those in the private sector among his clients. He’s tried cases at every level of state and federal courts, including the United States Supreme Court, where he assisted in the preparation of briefs and the presentation of oral argument in the landmark case of FW/PBS, Inc. v. City of Dallas, 493 U.S. 215 (1990). Mr. Brandt has also performed general counsel services for several local government entities and private businesses and has been selected to conduct high-profile public integrity investigations.

Mr. Brandt graduated with honors from the University of Texas before earning a joint degree from the University of Texas School of Law and the Lyndon B. Johnson School of Public Affairs. In 1988, he was awarded the Rotary Foundation Scholarship, which allowed him to study international and comparative law at Victoria University in Wellington, New Zealand. He is licensed to practice in the State of Texas, the United States District Courts for the Northern, Southern, Eastern, and Western districts of Texas, the United States Courts of Appeals for the Second and Fifth Circuits, and the United States Supreme Court. He has served in the Dallas Chapter of the Federal Bar Association at all leadership levels, including president.