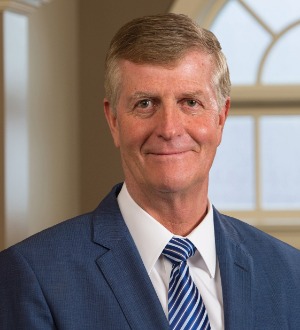 Thomas Kimbrough serves his clients by providing counseling and representation to union and non-union employers in every aspect of employee relations and employment law. He also exclusively represents, counsels, and defends corporations and professional organizations in various labor and employment cases. With more than 30 years of experience in defense of companies in discrimination and employment-related claims, Thomas also has extensive experience in handling other litigation claims.

Thomas was selected as a Fellow of the American College of Trial Lawyers which is limited to the top one percent of the total lawyer population in any state. He has also been selected for inclusion since 2015 in The Best Lawyers® in America and the Indiana Super Lawyers publications, and is an AV® PreeminentTM* rated attorney based on Martindale-Hubbell’s peer review ratings, a member of the National Council on Litigation Management, a member of the Defense Trial Counsel of Indiana, and a member of the Indiana State and Allen County Bar Associations where he sits on the Labor and Employment Law section committees for each bar. He is a frequent speaker and lecturer on various labor and employment topics on a local, state, and national level.