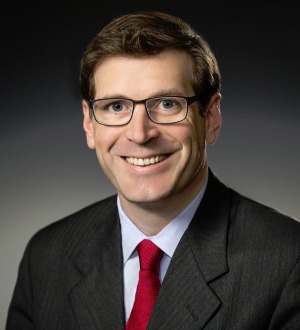 Mr. Neill’s work for his clients has been recognized on numerous occasions.  In 2013, he received the St. Louis County Bar Association’s Roy F. Essen Outstanding Young Lawyer Award, given annually to an attorney under 36 years of age who has demonstrated excellent and distinguished work as a lawyer, distinguished service to the organized bar, and unselfish service to the community.

In 2018, he was a member of the trial team that won a $4.69 billion verdict on behalf of 22 plaintiffs against Johnson & Johnson over its asbestos-laden talcum powder. It was named the Top Plaintiff ’s Verdict in 2018 by Missouri Lawyers Weekly. In 2014, Mr. Neill was part of a trial team that obtained the Top Plaintiff’s Settlement designation from that same publication.

Mr. Neil has an AV Peer Review Rating from Martindale-Hubbell Law Directory, which is the highest given. He is listed in The Best Lawyers in America® for Mass Torts Litigation/Class Action – Plaintiffs. He has been annually selected to Missouri & Kansas Super Lawyers [among the top 5 percent of lawyers in Missouri and Kansas] since 2013, in the area of Personal Injury Plaintiff-General Litigation. He has been cited as a Top 50 St. Louis attorney by the same publication, and as a member of the National Trial Lawyers Association’s Top 40 Under 40.  He was the 2012 recipient of Missouri Lawyer’s Weekly’s Appellate Advocacy Award.

Mr. Neill has served in numerous leadership roles for the Bar.  Since 2013, he has served on the Joint Commission on Women in the Profession. The role of the commission and its members is to identify gender barriers, combat bias in the justice system, and secure full and equal participation of women in the legal profession. Mr. Neill was a member of the Executive Committee of the Lawyers Association of St. Louis from 2009 to 2018, and served as President of the Association in 2014-2015.

Mr. Neill graduated from the University of Missouri School of Law in 2002, where he was selected a National member of the Order of Barristers, was a national finalist in the Board of Advocates Client Counseling Competition, and received the William H. Howard Award in Conflict of Laws. He obtained his undergraduate degree in Political Science from the University of Missouri-Columbia in 1999.

He is the author of the “Voir Dire and Jury Selection” chapter of the Missouri Civil Trial Practice (3rd edition) 2014 Supp. This publication is used as a practice reference by attorneys throughout Missouri.