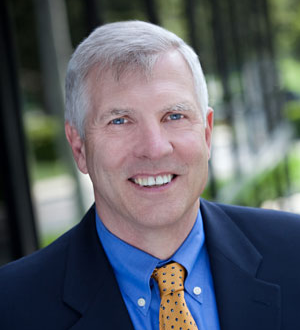 Recognized by Best Lawyers® since 2008.
1920 Main Street, Suite 750 Irvine, California 92614
(714) 371-2500
|
Firm: Umberg Zipser LLP
|  Website
Edit Profile
Edit Your Profile
To edit your Lawyer Directory information, please login to your
Best Lawyers® Admin Account.
If you have any questions or need assistance, please contact us at info@bestlawyers.com or 803.648.0300.
Overview
Firm

Years In Practice
Phone Number (714) 371-2500
Thomas J. Umberg has extensive trial experience in both federal and state courts and has been recognized as a “Super Lawyer” for Southern California, an honor limited to only 5% of Southern California lawyers. He has also been selected for the prestigious publication “The Best Lawyers in America®” in commercial litigation.

As a federal criminal prosecutor, he tried numerous white collar and civil rights cases, including tax evasion schemes. These include “Uranium for Tax Dollars,” “Marco Numismatics” (a nationwide fraud on seniors), and the “Westminster Cross Burning” cases.

In addition, Tom serves on the California High Speed Rail Authority (CHSRA), which is responsible for developing the high speed rail system from Anaheim to San Francisco. In 2011-12, he chaired the CHRSA Board, and remains on the Board today.

In 1997, Tom was selected by President Clinton to serve as Deputy Director of the White House Office of National Drug Control Policy (ONDCP). In this capacity he was responsible for the development and coordination of United States policy to reduce the supply of illegal drugs, including negotiation and coordination with foreign governments to enhance US counter‐drug intelligence and interdiction. He was the U.S. signatory to the Western Hemisphere Counter‐Drug Cooperation Agreement signed in Montevideo, Uruguay, and led U.S. delegations to Colombia, Venezuela, Mexico, Brazil, and several other Latin‐American countries. Tom also served as a senior member to the U.S./Mexico High Level Contact Group and as a member of the U.S. Delegation to the Summit of the Americas in Santiago, Chile.

Tom is a colonel in the U.S. Army Reserve. He served with the 2nd Infantry Division in South Korea and with NATO forces in Italy, and as a paratrooper with the US Army Special Operations Command, US Army Special Warfare Center and the XVIIIth Airborne Corp. During his military career, he tried over 50 felony cases as a JAG officer in Korea, Italy, and the United States. Tom was recalled to active duty in 2004 as a war crimes prosecutor, and in 2009 as the Chief, Anti-Corruption, in Afghanistan.

In 2011, Tom was appointed Co-Chair of the U.S. State Department’s Public Private Partnership for Justice Reform in Afghanistan.