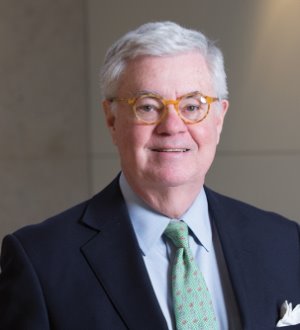 Recognized by Best Lawyers® since 2008.
The Atlantic Building, 950 F Street, NW Washington, District of Columbia 20004-1404
(202) 239-3300
|
Firm: Alston & Bird LLP
|  Website
Edit Profile
Edit Your Profile
To edit your Lawyer Directory information, please login to your
Best Lawyers® Admin Account.
If you have any questions or need assistance, please contact us at info@bestlawyers.com or 803.648.0300.
Overview
Firm

Mr. Crocker has assisted some of the largest global financial institutions, as well as foreign and domestic companies in the technology, pharmaceuticals, biotechnology, chemicals, telecommunications and defense sectors, in policy counseling, regulatory interpretation, compliance, internal investigations and civil/criminal enforcement matters before the Departments of the Treasury, Commerce, State, Homeland Security, Defense and Justice. He also represents clients before Congress.

Mr. Crocker has been recognized as a leader in his practice area by publications such as Chambers USA, Chambers International, Best Lawyers in America, Who’s Who in America and Super Lawyers. According to Chambers, Mr. Crocker is a “renowned adviser on sanctions” and “is regarded as one of the best practitioners in economic sanctions work.” He is a frequent lecturer and has published numerous articles on international regulatory issues.