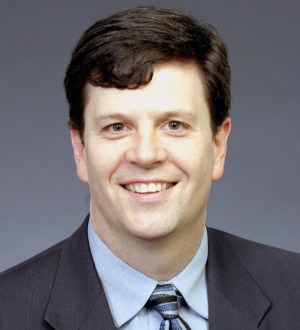 Tom Bell is a partner at Perkins Coie where he represents leading businesses in Internet, e-commerce, IT, software and wireless law matters. His practice includes both commercial agreements and regulatory compliance counseling.

Enterprise IT. Tom represents a number of FORTUNE 500 companies in large software and service procurement transactions, including Request for Proposals (RFPs) and enterprise computing contracts. While Tom has worked on a number of commercial off-the-shelf and standard software and hardware transactions, he has extensive experience with mission-critical systems and IT services. He has significant experience working on large enterprise transactions for Boeing, Costco Wholesale Corporation and T-Mobile USA Inc.

Cloud Computing. Tom represents buyers and providers of web and cloud computing services in online agreements and negotiated transactions. In early 2010, he assisted a FORTUNE 100 company with the legal requirements and documents for its RFP for cloud computing services and a major data center. In May 2010, he spoke to a legal conference regarding the key clauses and negotiating positions in cloud computing arrangements between providers of software as a service (SaaS), platform as a service (PaaS) and infrastructure as a service (IaaS) in a presentation entitled "Putting It All Together: Working Through Key Terms in B2B Cloud Service Contracts".

Privacy and Data Security. Based on many years of commercial and consumer-facing contracts and numerous Internet and e-commerce website launches, Tom and the Perkins Coie Privacy & Data Security group recognized the need for more than standard confidentiality clauses in commercial agreements. Tom has worked on more than 100 commercial contracts into which he has negotiated specific privacy and data security clauses intended to protect the interest of the enterprise as it outsources key data to service providers and hosts.  In particular he attempts to protect the enterprise in the event of data security breaches and to advise concerning required responses pursuant to state laws. He has been a frequent speaker about privacy and data security requirements in commercial and consumer transactions, including events hosted by T-Mobile Inc. and Amazon.com Inc. and programs by Perkins Coie's Retail & Consumer Products group and Interactive Entertainment group. In 2008, he co-authored an article for Digital Transactions entitled "Prior to Data Loss, Check That Contract" in which the authors described the risks associated with outsourcing data to third parties and possible contract strategies for mitigating those risks.

Website and Online Product and Service Launches. Since 1995, Tom has been advising traditional retailers and Internet companies on a variety of website and product launch issues, including commercial agreements with site developers and hosts, online terms and conditions, outsourced functions, marketing and co-branding arrangements, regulated activities, privacy and data security, advertising agreements and online content regulation and liability. Tom enjoys working with retailers and other consumer-facing clients, including Amazon.com Inc., Costco Wholesale Corporation, Google Inc., Columbia Sportswear Company, PetSmart Inc., Recreational Equipment Inc. (REI), T-Mobile Inc. and many others. He has also worked with numerous emerging Internet and e-commerce clients over the past fifteen years.

Social Media. With the rise of social media and the launch of social networking platforms and social features by e-commerce companies, Tom has advised both platforms and enterprises as to their social media participation and product launches. He routinely works with companies on their consumer-facing agreements and documentation for social networking platforms and features and with large enterprises and retailers on their contracts with social media platforms and networking sites. In the spring of 2009, he spoke on the "Critical Legal Questions for Companies Participating in Social Media" in seminars sponsored by Perkins Coie in Portland, OR and Seattle, WA. He was invited by Madrona Venture Group LLC to present the legal perspectives in the "Role of Twitter in Your Business". Also in 2009, he published two articles on the law and social media: "Opinion: It may be social but it's still media" in Computer World and "Social Savvy: Why Your Lawyer is so Conservative about Social Media" in American Executive magazine.

Multi-jurisdiction Internet Issues. Tom works on multi-jurisdiction website issues and launches and benefits from a strong network of e-commerce lawyers around the world. He has presented on the topic of jurisdiction and multi-country launches to audiences in the United States, Canada, Japan, Taiwan, Hong Kong and China.

The dramatic growth of the wireless industry and the evolution to online business models have presented great opportunities for wireless carriers and mobile commerce providers. Tom has worked with some of the largest carriers in the United States and with CTIA - The Wireless Association in outsourcing transactions, industry infrastructure arrangements and numerous wireless product and service launches. He has particular interest in online application stores and has advised a major Internet company on its application market.