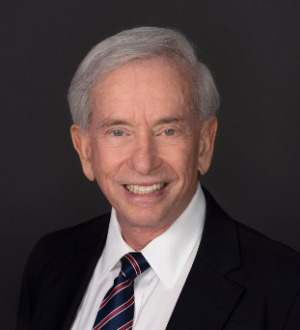 THEODORE (TED) BABBITT is a former managing partner at Babbitt & Johnson, P.A. who for the past five decades has represented individuals in personal injury, wrongful death, and commercial cases. In 1970, he obtained the first verdict in Palm Beach County for a plaintiff in a medical malpractice case; in 1975, he obtained the first jury verdict in Palm Beach County in excess of one million dollars.

When Mr. Babbitt was 17 years old he joined the U.S. Marine Corps and still managed to be sworn in as an attorney at age 23. He earned a B.A. with honors from the University of Florida in 1963 and received his J.D. from the University of Florida Levin College of Law in 1965. In the ensuing years, he has written more than 100 articles that have appeared in national and local publications. He was selected by his peers for inclusion in The Best Lawyers in America© 2021, in which he has been listed since 1987.

Since 1975, Mr. Babbitt has been a member of the Inner Circle of Advocates, an invitation-only membership limited to 100 of the top plaintiff lawyers in the United States. He is a fellow of the International Academy of Trial Lawyers and The American College of Trial Lawyers and has been selected as a Florida Super Lawyer since 2006. He is a former president of the Palm Beach County Bar Association, where he has also held several other leadership positions over the years.

Mr. Babbitt is a commercial pilot and flight instructor who has logged more than 4,500 hours since 1969. He is rated for single- and multi-engines as well as gliders and holds certification from Flight Safety International. He has volunteered as an Angel Flight pilot to help sick people get needed treatment.