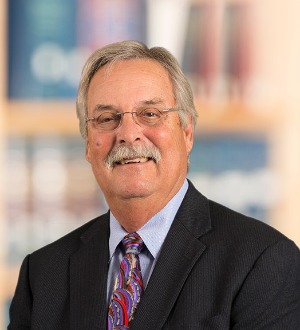 Theodore L. Tripp Jr. has more than four decades of experience handling a wide range of complex civil lawsuits in both state and federal courts. This includes acting as lead trial counsel in significant business disputes, probate, trust and other litigation matters. He has represented businesses, business owners, personal representatives, trustees, municipal and county governments, and landowners in multimillion-dollar litigation at both the trial and appellate level in state and federal courts.

Ted has been Board Certified by The Florida Bar as a Specialist in Civil Trial Law since 1986, and Board Certified in Business Litigation since 1997. He also earned Certification by the National Board of Trial Advocacy as a Civil Trial Advocate in 1989. He is a member of the Million Dollar Advocates Forum and has been named on multiple years in The Best Lawyers in America® in Business Litigation and Bet the Company Litigation. Ted has been named one of “Florida’s Legal Elite” by Florida Trend magazine, and listed in the most recent editions of Florida Super Lawyers. He has also been named one of America’s Top 100 High Stakes Litigators® and maintained an AV Preeminent® rating from Martindale-Hubbell, its highest rating for legal ability and ethics, for more than 25 years.