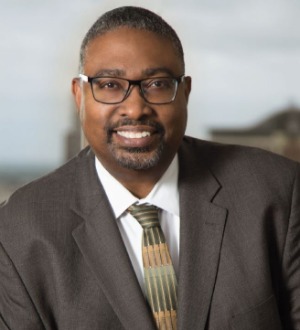 Terry Sanks, a registered patent attorney, has developed a reputation in guiding clients with developing strategies to best utilize and protect their intellectual property. Terry’s diverse practice also includes developing and managing patent portfolios and trademark portfolios for Fortune 500 companies to regional companies to start-up companies. His practice is not limited to the Orlando area as he represents clients throughout Florida, Silicon Valley, Chicago, other high-tech innovation and scientific regions of the country, and companies and individuals located in various countries throughout the world. Terry frequently assists clients with exploring and establishing plans to optimally leverage their intellectual property.  In addition to Best Lawyers, Terry’s noteworthy legal abilities have resulted in him being recognized and honored by various publications at the state level and nationally, including being an “AV” rated attorney, recognized in Supers Lawyers, AVVO and IP Stars.

Terry is a decorated officer who served in the United States Air Force. Several of his recognized accomplishments include being the first program manager of a one-of-its-kind26-kilowatt electric propulsion space experiment, authoring several articles about electric propulsion including being published in the Journal of Spacecraft and Rockets, and representing the Air Force at national and international conferences. He also worked as an electronic combat systems engineer, directly supporting the war-fighting mission of combat fighter pilots in both the Air Force and Navy. He later continued to serve as an Air Force reservist.

His commitment to serve has continued with charitable organizations including twelve years on the Board of Directors for Catholic Charities of Central Florida, three years as Board President; band booster president and vice president at a local middle school;  member of various school advisory councils; volunteer head coach for the varsity girls' and junior varsity girls' basketball and volleyball coach at a local middle school for several years; coach for several community basketball teams including both boys' and girls' traveling basketball teams; and over 21 years as a Guardian Ad Litem, representing children in child abuse and neglect cases.