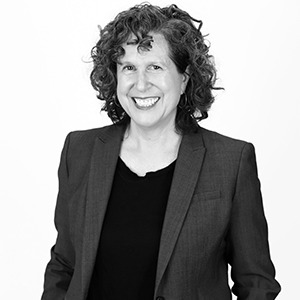 Terri J. Seligman is Co-Chair of the Advertising, Marketing & Public Relations Group at Frankfurt Kurnit. Best Lawyers in America named her the 2022 "Advertising Lawyer of the Year" in New York City and the 2022 Legal 500 guide included her in their “Hall of Fame” for Advertising.

Ms. Seligman regularly appears in Best Lawyers, Chambers USA America’s Leading Lawyers for Business, Super Lawyers magazine, and The Legal 500. Crain’s New York Business included her on their 2022 Notable Women in Law list. She was also the only law firm partner selected by New York Business Journal for its inaugural “Women of Influence Awards,” honoring business women who stand out both for their achievements in the marketplace as well as their commitment to community and mentoring.

Ms. Seligman is one of the country’s preeminent practitioners before the National Advertising Division (NAD), representing both advertisers and challengers in competitive advertising disputes. She also represents companies in disputes and regulatory matters before broadcast networks and state and local enforcement agencies.

Ms. Seligman is a well-known public speaker on advertising, marketing, and Internet law issues. She has been a featured speaker at leading industry conferences and is a frequent contributor to the firm’s Advertising Law Updates blog. Her writings have appeared in Inside Counsel magazine, Advertising Compliance Service, iMedia Connection, The Computer and Internet Lawyer, Law 360, and other publications. She has served as a Vice-Chair of the Advertising Disputes and Litigation Committee of the Antitrust Section of the American Bar Association (ABA) and as a Co-Chair of the Advertising and Commercial Speech committee of the MLRC.

Ms. Seligman is a graduate of New York University School of Law (J.D., 1985), and Wesleyan University (B.A., with honors, 1982). She clerked for the late Hon. Morey L. Sear, former Chief Judge of the United States District Court for the Eastern District of Louisiana. Ms. Seligman is a Life Fellow of the American Bar Foundation and a past recipient of the Cornerstone Award from Lawyers Alliance for New York, the leading provider of legal services for nonprofit organizations improving the quality of life in New York City neighborhoods. She has served on the Board of Trustees of The Brearley School. Ms. Seligman is admitted to practice in New York and California.

What legal services does this lawyer offer?
Advertising Law
Awards