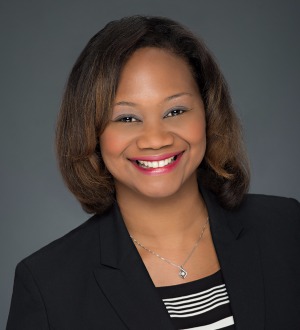 Recognized by Best Lawyers® since 2016.
6251 Monroe Street, Suite 200 Daphne, Alabama 36526
(251) 626-9340
|
tlockett@carrallison.com
Firm: Carr Allison
|  Website
Edit Profile
Edit Your Profile
To edit your Lawyer Directory information, please login to your
Best Lawyers® Admin Account.
If you have any questions or need assistance, please contact us at info@bestlawyers.com or 803.648.0300.
Overview
Firm

Tara W. Lockett is a shareholder in the firm’s Mobile, Alabama office.  Her practice areas include the defense of workers’ compensation claims, retaliation cases, employment claims and premises liability (retail practice).  She represents several insurance companies and self insureds in employment matters in Alabama.  Tara earned her BA from the University of South Alabama and her JD from the University of Alabama School of Law.

Tara is a speaker on workers’ compensation issues for the Alabama Department of Industrial Relations (Alabama Department of Labor) and frequently conducts in-house educational sessions on this topic for several insurance carriers and third party administrators.  In addition, she has tried cases to verdict in both bench and jury trials and represented insureds in labor disputes in arbitration hearings.

A member of the Mobile County Bar Association, Baldwin County Bar Association and the Alabama Workers’ Compensation Organization, Tara is also a graduate of the Alabama State Bar Leadership Forum.  She has been selected by her peers for inclusion in The Best Lawyers in America© (2016-2018) in the area of workers’ compensation and served as Chair of the Alabama State Bar Workers’ Compensation Division (2016-2017), previously serving as Vice President.  Tara has an AV Preeminent rating through Martindale-Hubbell.

Outside of the office, Tara enjoys spending time with her husband and daughter.